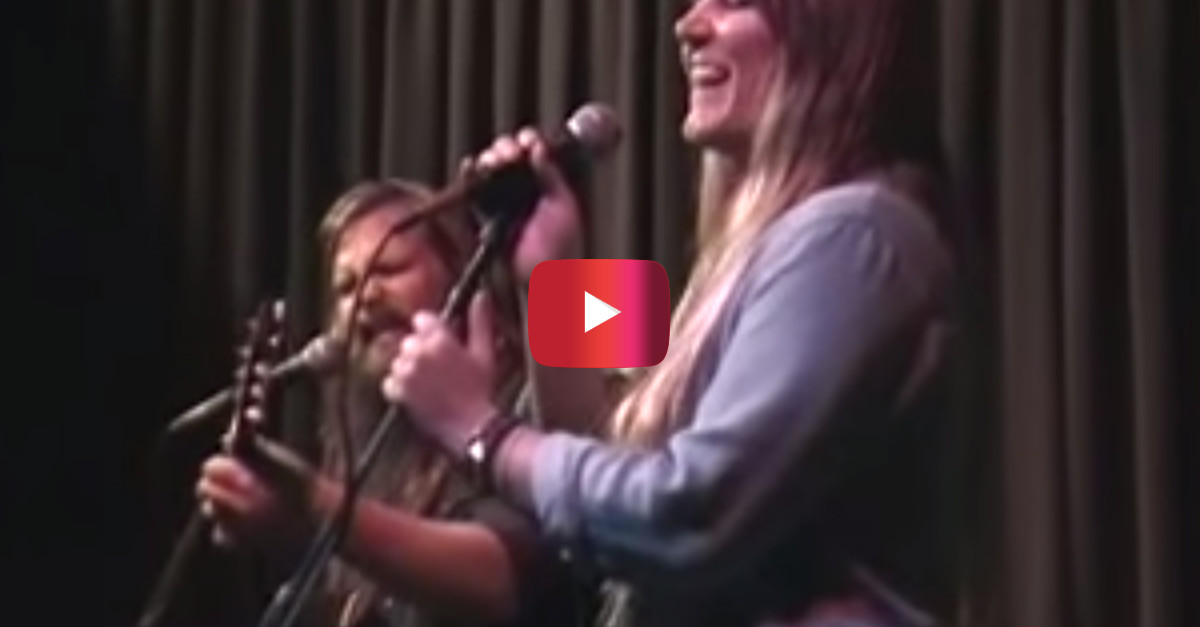 During a 2013 performance at Eddie’s Attic in Decatur, Georgia, Chris Stapleton joined his wife, Morgane Stapleton, for a cover of a song that is nearly 80 years old.

The duo, who both shined on the national stage at the 2015 CMA Awards, put a new spin on the classic song, “You Are My Sunshine,” in a way that few would ever believe.

Since its release in 1939, the song has become a symbol of Americana and has morphed into one of the most recognizable folk songs ever written.

Countless musicians have covered the song over the years, though few have done so with such power and grace as the Stapletons.

In their take, the husband and wife duo slow the song down to a near halt and put the timeless lyrics front and center. By doing so, and harmonizing together in a way only a husband and wife could do, Chris and Morgane showcase the true love that the song conveys.