Ed Sheeran finally appeared on James Corden’s “Carpool Karaoke” segment, and he did not disappoint. The pair began by playing “Shape of You” and then talked a little about life — it turns out that Sheeran lives a pretty normal life, though he did claim that he only uses the internet for e-mail and said that he doesn’t even have a phone.

RELATED: James Corden’s latest “Carpool Karaoke” is one of the funniest ones yet

Before long, the star broke out a guitar and jumped into songs, proving that he’s a great singer even without studio equipment. Later in the segment, Sheeran talked about his love for “dive bars” and “skanky pubs,” and claimed that what he loves most “is taking people who don’t drink in dive bars and skanky pubs to said dive bars and skanky pubs.” He then relayed a story about taking Justin Bieber to a dive bar in Tokyo and hitting a golf bar out of the pop singer’s mouth.

RELATED: Vin Diesel showed off his voice in a hilarious audition for “carpool karaoke” 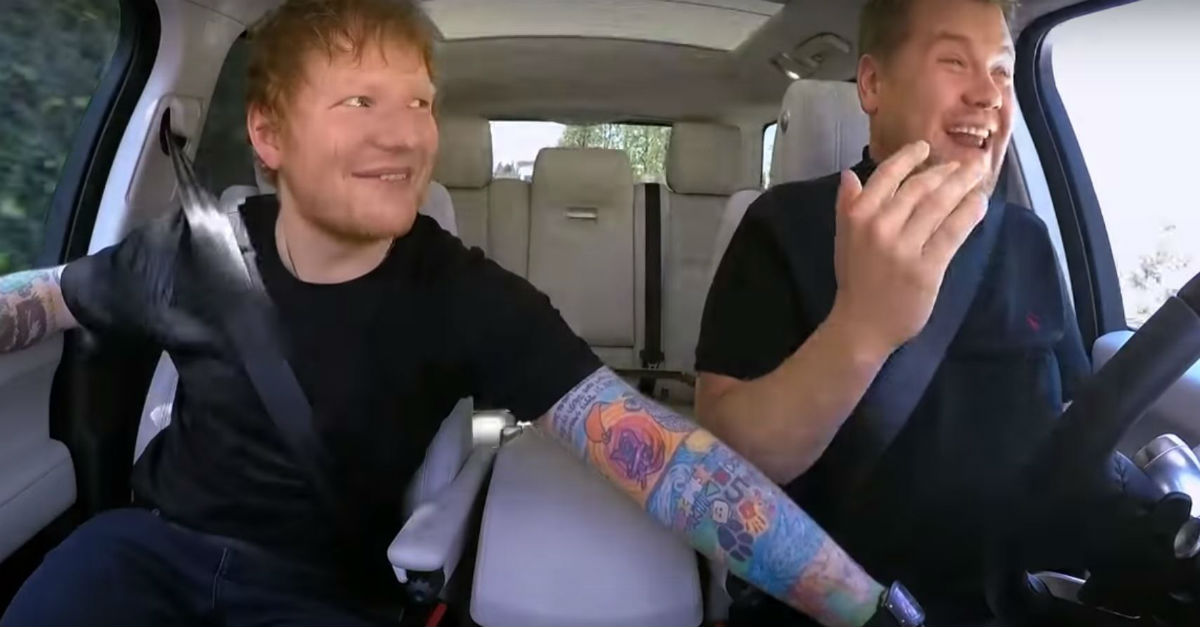