After the Oscars on Sunday night, everyone was talking about the Best Picture blunder and how “La La Land” ran the tables. On Monday night, James Corden paid tribute to the musical that swept that nation with an Emma Stone impersonation that was about as ridiculous as it gets.

RELATED: “La La Land” imagined as a horror film has us craving the goosebumps-inducing musical

In his audition scene, Corden was asked to tell a story and, of course, he told the heartbreaking story of the Oscar blunder. As he lampooned a musical, the host slipped into a song that had us cracking up, with lines that included, “here’s to unfortunate souls, not happy like that song from ‘Trolls’,” and “here’s to the ones who lose, God, I need so much booze.”

But while “Moonlight” stole the Best Picture Oscar, the real life Emma Stone can’t complain, as she did snag the Best Actress award. 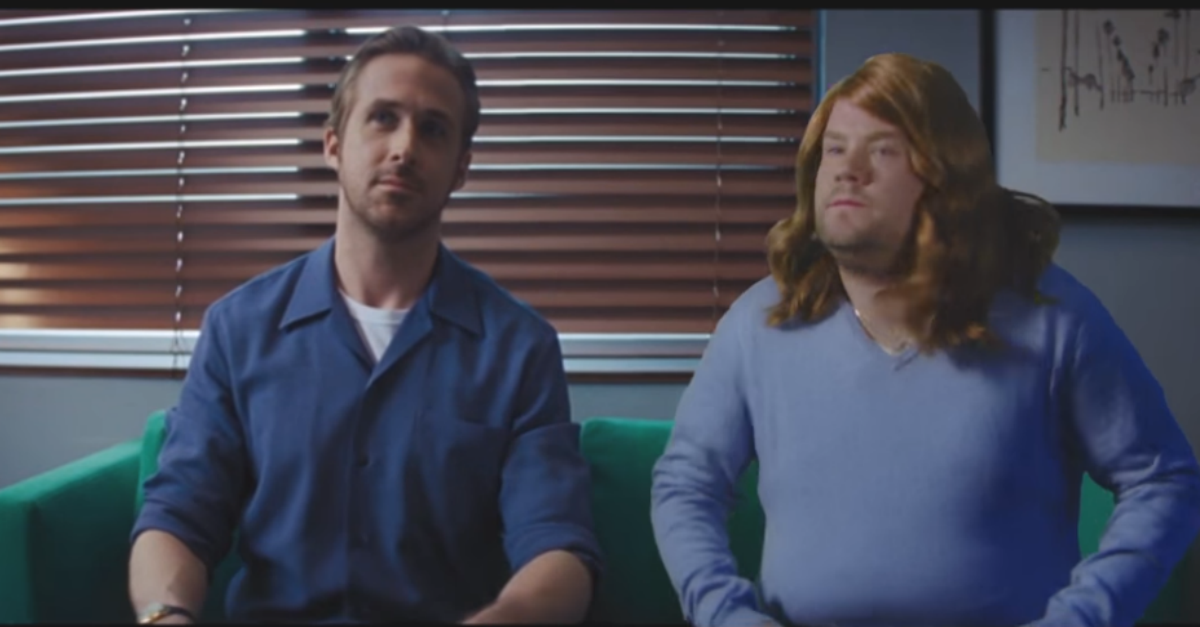