Corden and Watts were en route to London, where the pair were set to record a series of special Late Late Show episodes in Corden’s homeland. To get to LAX they decided to make the Kitchen Nightmares host part of their own special idiot sandwich. What ensued was easily one of the funniest segments in James Corden’s tenure on CBS as well as a litany of funny quotes and looks of pure disgust and frustration from the chef that could launch a thousand Gordon Ramsay memes and gifs.

Watching this segment and Gordon Ramsay do everything in his power not to call either of them “Panini head” or scream “Fuck off” is guaranteed to make you lol. His exasperation is so raw it is palpable.

To honor Chef Gordon Ramsay’s then-new show The F Word, Corden decided to pass the time by annoying the Devil of Hell’s Kitchen by asking the Michelin winning chef what they should eat at the airport, Cinnabon or Sbarros (a tough decision but sadly no omelettes were suggested), and doing things that begin with “F,” like singing the Friends theme and doing a Fonzy impression. Essentially Corden and Watts were just trying to make Gordon Ramsay angry and needless to say they pretty much succeeded. 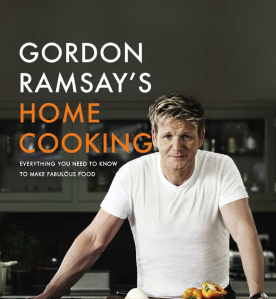 However, the pop culture references were lost on Masterchef Ramsay, who was just trying to focus on the road so he could end this (damn funny) nightmare as quickly as possible. But Corden was more than happy to give him a few hints.

“Does it help if it’s closer to your face?” Corden asked as he recklessly leaned over to the front seat.

“The English version of the show is called ‘Mates’,” he added.

“What is wrong with you two?” Ramsay yelled, one of the many funny insults that came from the segment. It’s really a miracle more fiery Gordon Ramsay insults didn’t rain down upon Corden and Watts.

Unfortunately, as far as Gordon Ramsay quotes go we didn’t get any true heaters (despite the funny meme possibilities). Definitely not material suitable for Disney but not his worst either. The foodie and his two passengers eventually made it to the airport alive — but it was an ordeal that Ramsay will probably want to forget. All in all, it was funny stuff. Certainly one of the more truly funny things Corden has ever done, even if Ramsay will probably only give a sarcastic “Haha” to the torturous ride. He probably had to go make a gallon of lamb sauce just to relax. Or maybe crush enough garlic to soothe his rage and supply an Italian restaurant for a year.

To repay the “favor,” Corden later went on to make an appearance on Ramsay’s new show.

This story was originally published June 8, 2017.

Watch: Before He was a Late Night Host, James Corden Found Himself in Gordon Ramsay’s Kitchen with Hilarious Results