The NCAA recently released the March Madness brackets, which means that everybody, from hardcore basketball nerds to housewives, is going to be drawing up predictions. The perfect March Madness bracket is the holy grail of the sporting world, and people will waste away the workdays studying and building what they believe is a bracket that will survive the seemingly inevitable upsets in the NCAA tournament.

RELATED: A surfer who was caught in Winter Storm Stella took advantage of his time on camera

On ESPN, analysts stayed up around the clock, breaking down the chances of each team, and at one strange moment in the middle of the night, they played a game of “pictionary.” Analyst Jay Williams was trying to draw something that represented Duke University–specifically, he was drawing Greyson Allen, a Duke basketball player who became famous for tripping opponents and generally being a brat on the court. Unfortunately, what Williams drew ended up being a bit more NSFW than he intended.

In the span of 30 mins on ESPN, Jay Williams picked OK State to beat Michigan and also said U-M is a cinderella who will make 2nd weekend.

Hopefully Williams will be better at “Pictionary” (and building an NCAA bracket) once he gets some sleep. 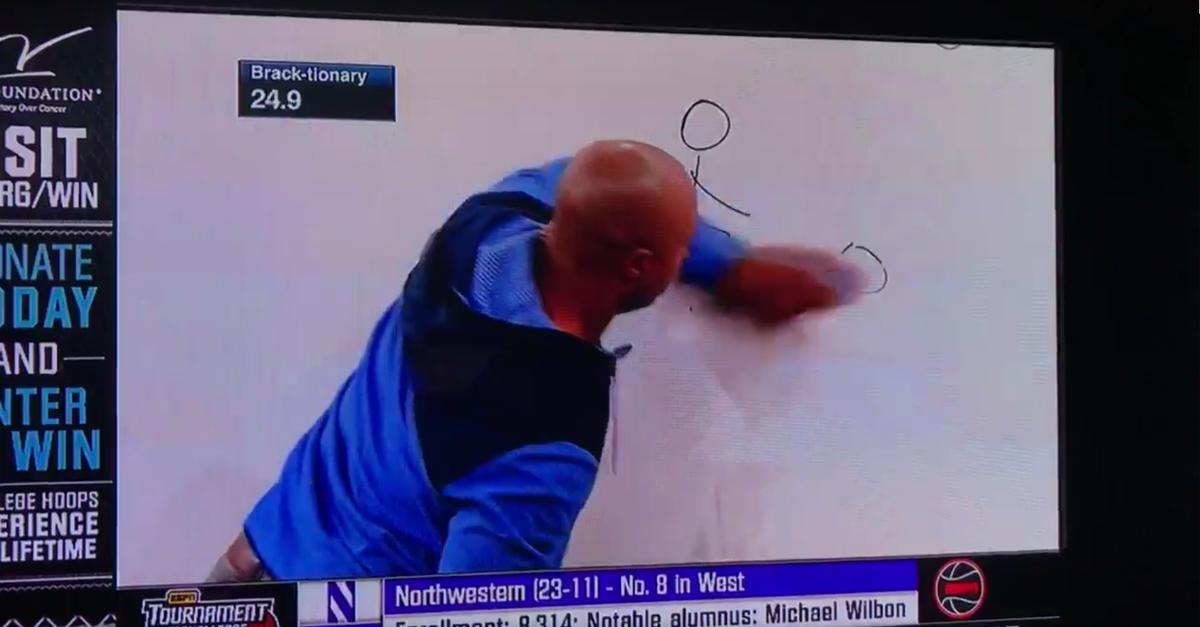