Applebee’s Is Selling $1 Hurricanes, We Can Already Feel The Hangover 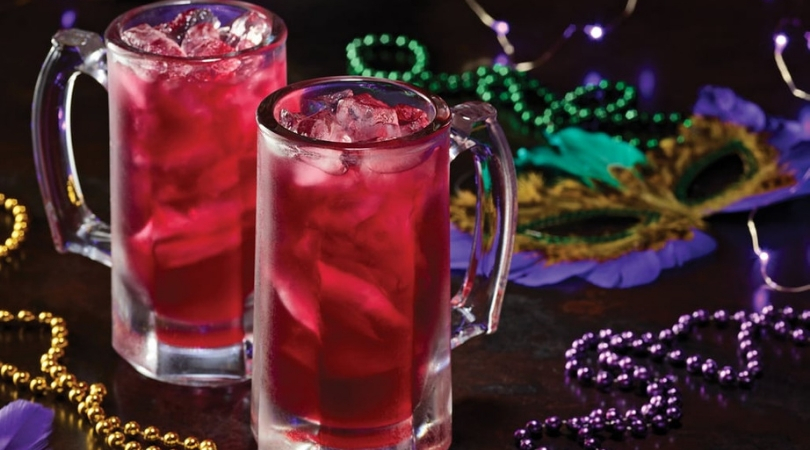 Can’t make it to New Orleans for Mardi Gras this year? No problem, Applebee’s has got you covered! Following their $2 Captain and Coke for the month of January, as part of their latest “Neighborhood Drink of the Month”, the chain is celebrating the over-the-top holiday by selling $1 hurricanes! Five of those, and it’ll be as if you’re in NOLA celebrating at the French Quarter!

In case you didn’t know, Mardi Gras is known for their quirky cocktails, and none is more iconic than their red rum-based beverage which originated at Pat O’Brien’s bar in New Orleans. The boozy drink is made with passion fruit, orange, black cherry, lime, and rum all mixed into a 10-ounce mug.

We can’t stop doing jazz hands. Our new February DOLLAR HURRICANE is here, and it’s made with rum and a blend of passion fruit, orange, black cherry and lime flavor. #NeighborhoodDrink

To give it that Mardi Gras feel, the drink comes with your choice of either a masked stirrer or the famous decorative Mardi Gras beads. Not only will they keep the drink throughout the entire month of February, but they are expected to sell them until the end of Mardi Gras which is on March 5th.

Surprisingly, this isn’t the only fruity concoction Applebee’s is offering this month, because duh, it’s Applebee’s. They are also serving the Mucho Shark Bowl, a frozen ‘slushie’ served in an oversized goblin and garnished with gummy sharks. The drink has Captain Morgan rum and is said to have a tropical taste with blue food coloring to give it that ocean feel.

This shark has a different kind of bite. The new Shark Bowl served Mucho is served with Captain Morgan and is garnished with a gummy shark.

Props Applebee’s, you have found a way to get so many customers while making so much money in one night.  It’s a great idea, really. They need to give a raise to whoever invented these because Happy Hour has never looked better! You have wings, all you can eat chips and salsa, quesadillas, pico de gallo, and now Hurricanes and a what I can only describe as a fruit punch with a scary amount of alcohol rolled into one. It’s a dream come true.

If you decide to take advantage of these drinks, I suggest you probably only get one, and not both in one sitting. I know they’re super cheap and you’ll probably down them like water, but let’s try to make smart choices here. We don’t want them to cancel their monthly specials because people can’t handle their booze. So yeah, please drink responsibly.