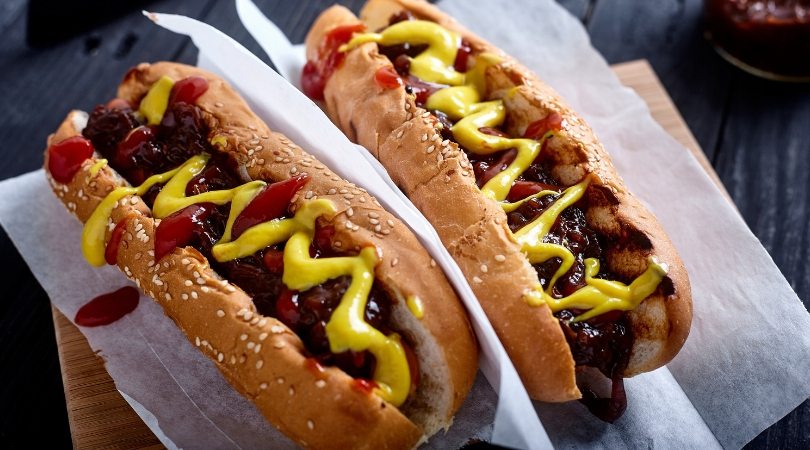 Sorry to be the bearer of bad news New York City, but know that it hurts me too. Turns out NYC officials have decided to be the first city in the United States to eliminate processed meats. Yes, sad sad day indeed. Mayor Bill de Blasio approved a $14 BILLION Green New Deal on April 22, to combat climate change. So, although it’s a sad day for most New Yorkers and tourists eager to try a classic dog, there is actually a pretty good reason behind it.

The plan initially brought up by City Council members Fernando Cabrera of the Bronx, Helen Rosenthal of Manhattan and Justin Brannan of Brooklyn, will cut purchases of red meat by 50 percent in its city controlled facilities such as correctional facilities, schools, and hospitals. The new commitment is also starting a Meatless Monday campaign that was adopted by all NYC schools in 2017.

If we don't act soon on climate change, our children will pay for our mistakes. And if Washington doesn't hold Big Oil accountable, New York City will. #GreenNewDeal pic.twitter.com/VbPM9GTIR1

In 2015, the World Health Organization classified processed meat as a Group 1 carcinogen, where scientific evidence showed that processed meats such as sausage, hot dogs, ham, bacon, and some deli meats can increase the risk of diseases including diabetes, respiratory illnesses, and cancers. According to Resolution 238, The Department of Education serves around 950,000 public school lunches to students daily, including offerings containing processed meats. So, it would make sense for the city to start their, dare I say “venture”, in a place where they have the ability to change someone’s mentality at a young age. I mean, at the end of the day we all know that nutritious meals improve children’s health.

Why did the city decide to ban these delicious hot dogs? Well, according to climate experts, we only have 12 years to fix our environment, or basically, we’re doomed. So, we have until 2030 to change our habits to avoid a disaster that none of us want.

Look — I like a good burger as much as the next guy. But our @NYCSchools students know that livestock farming produces 20 – 50% of greenhouse gas emissions. That's why they demanded #MeatlessMondays. Saving our planet is about saving their future.#EarthDay pic.twitter.com/dWeHZ1m8nE

By 2030, New York City’s Green New Deal is said to reduce greenhouse emissions by 30 percent and create new jobs. All buildings that are 25,000 square feet, of which there are 50,000 citywide, will also be required to make an efficiency upgrade that will lower their energy usage and emission, or they will face steep penalties.  It sounds like the city is pretty serious about this whole situation, which makes me believe that it might actually work.

So, what do you say? Are you willing to give up your favorite hotdogs or sloppy joes to save our planet? I know, tough question, but hey, we don’t want to die. So maybe giving up a hot dog here and there it isn’t so bad. There are always veggie dogs?

Watch: You Shouldn’t See White Stripes in Your Chicken