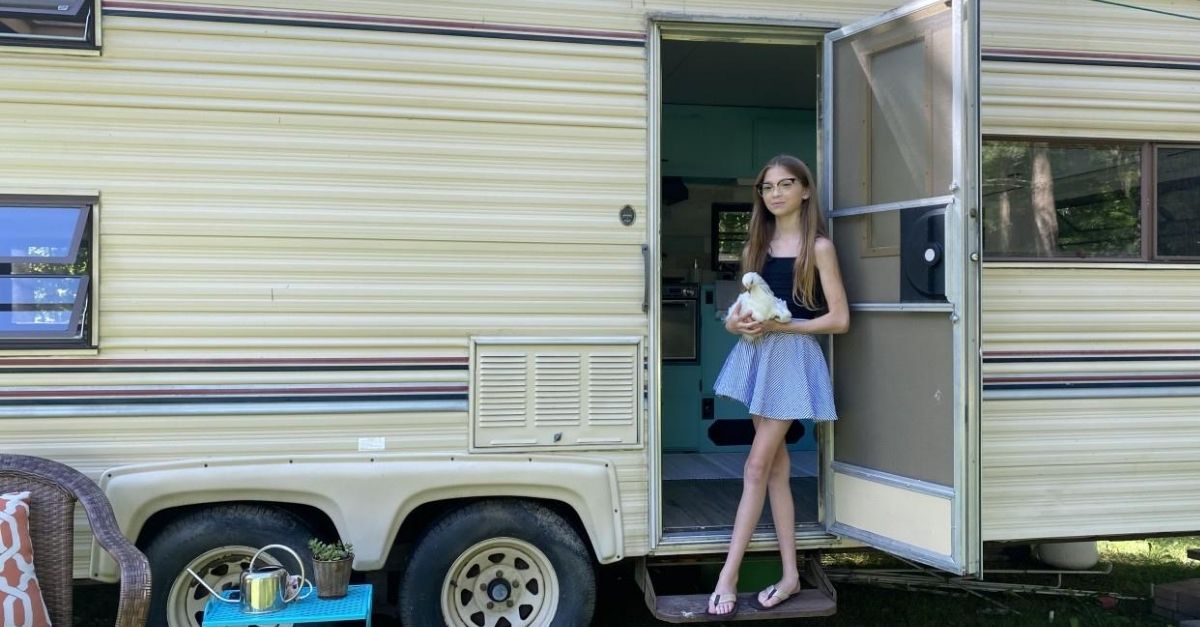 Via WKBW
Via WKBW

11-year-old Lauren Nelson is pretty much living her best life, despite summer activities being canceled due to the COVID-19 pandemic. While kids are struggling to find ways to keep them busy, she decided to use her downtime to complete a unique and beautiful project: a tiny house. Nelson spent the last two months turning a rundown computer into a tiny home. Her inspiration for the makeover? An American Girl doll magazine.

According to her mom, Aimee Nelson, the 11-year-old showed them a $650 little VW bus that was for sale. Her father was hesitant at first, saying that she could buy her own camper for that price, and had passed on the idea. But, the pre-teen made it a point and started saving money so she could buy the camper.

Opportunity struck when a neighbors put a “For Sale” sign on their own RV. The girl approached her neighbor, who was selling the 20-foot-, long camper for $500. Lauren had managed to save up $400 after selling several items at a garage sale and taking funds she would use to go to 4-H camp. So, she negotiated a deal with her neighbor and they agreed on the price.

According to Lauren, ?It wasn?t very hard. He said ?$500,? and I said ?$400,? because that was the money I had in my bank account, and he said, ?Sold.?” Seems to me like this neighbor just wanted to get rid of it asap. So, with the camper in her possession, she began to slowly renovate it. According to her mom, the family had “brought home a family of mice,” so they had to deep clean the RV well before they could begin remodeling.

Despite the mess and the cluster, Lauren was motivated because she wanted a small space to hang out and call it her own. With the help from her friend and family, a lot of deep cleaning, and using inspiration from HGTV’s Tiny House Hunters, she transformed her little nook with a beachy boho vibe and added some home decor. The living space now includes a working kitchen, an all-white base and cabinetry with several pops of color from key decor, flowers, pillows, patterned sheets on the bunk beds, and a small blue and pink sign that reads, “Lauren’s Lil Camper.” According to her mother, the renovation cost her around $400.

This is one of the best things I have seen in a while. This 11-year-old managed to remodel a beat-up RV into a motorhome that includes a bedroom and a bathroom. If you think about it, she can even take it on a road trip once she gets her license and basically live on the road. Lauren has dubbed her new hangout spot, “Camp Hygge” and spends the majority of the week in the camper. The best part of this project? Lauren hopes to have a career in a home renovation and interior design one day! Dream big, Lauren! I have faith in you. Tiny living space, for the win!