On Sunday night, Chicago-born Chance the Rapper used his platform at the 59th annual Grammy Awards to talk about his faith.

While others used their few minutes of live TV to talk about politics, Chance kept his music, faith and love for his daughter front and center.

“Glory be to God. I claim this victory in the name of the Lord,” Chance said when he accepted the award for Best New Artist.

Later in the night, Chance thanked God again when he accepted another award for Best Rap Performance.

During his performance at the end of the night, Chance once again embraced his faith with a medley of songs off his gospel-heavy album. Instead of hearing about politics, viewers tuned in and heard from a young man who praised his faith.

In a 2016 interview, Chance explained the gospel influence.

“I never really set out to make anything that could pretend to be new gospel or pretend to be the gospel,” he told Zane Lowe. “It’s just music from me as a Christian man because I think before I was making music as a Christian child. And in both cases I have imperfections, but there was a declaration that can be made through going through all the [stuff] I’ve been through the last few years.”

“I still think that God means everything to everyone whether they understand it or not or can really see it for themselves or they find God.” 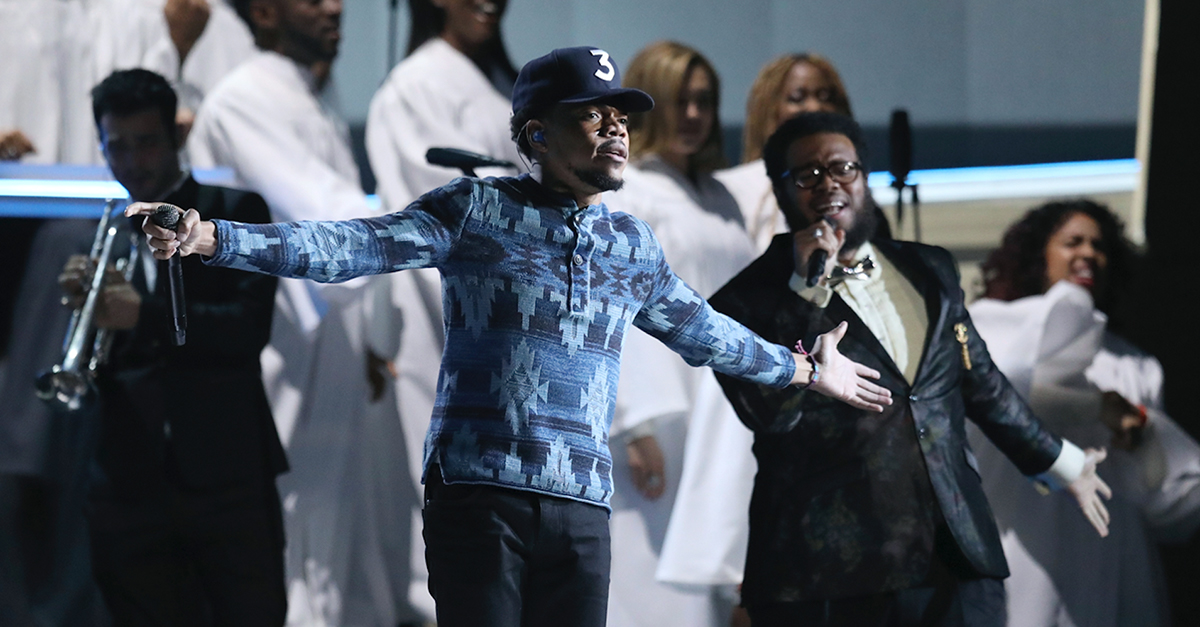