Being told you’re a lookalike for someone from a movie or a TV show isn’t a compliment as often as you’d think it might be. For every flowing blonde locked CrossFit bro who’s told he looks like a real life Chris Hemsworth in Thor, or every impossibly handsome doctor who gets Patrick Dempsey in Grey’s Anatomy comparisons, there are a hundred guys being compared to, “You know, that creepy guy from that one movie. You know! He, like, is homeless and does heroin. He’s got eyes that always look scared and desperate.” Or, maybe, “You look like that one guy. He’s in everything. He’s like super regular looking. Really nondescript. You forget him as soon as he’s gone.”

Being told you look like a cartoon character might be worse, though. And we’re not talking about a Disney Prince here. We’re talking a cartoony cartoon character. What could make that even worse? Hearing about it constantly. Because you have the exact same job as said character.

Enter u/zombi3123 of Reddit, a chef who bears an uncanny resemblance to Linguini, the chef-in-training from the Pixar film Ratatouille

I work in a kitchen. You have no idea how many people say ‘You look like the guy from ratatouille’. Every damn minute.

Yeah that… that is the Ratatouille guy alright. Here is a picture of the character for reference.

Easily the worst part of this has to be that this guy doesn’t even get called the right character name when people call him out on who he looks like.

Chef: The character’s name is Linguini! Not Ratatouille. NO ONE IS NAMED RATATOUILLE IN THE MOVIE RATATOUILLE!

Chef: It’s not– *stops himself* *sighs deeply* *walks away*

It could be worse. Somewhere out there someone is being told they look like one of the animals from the Pixar Movies. Or Roz from Monsters, Inc.

Meanwhile, someone who absolutely does not need anymore self-esteem is being stopped for the fifth time today and being told he looks like Captain America, by a woman who looks like Elsa from Frozen.

Read More: The 5 Real Reasons Keanu Reeves Gives Us Hope for the Future 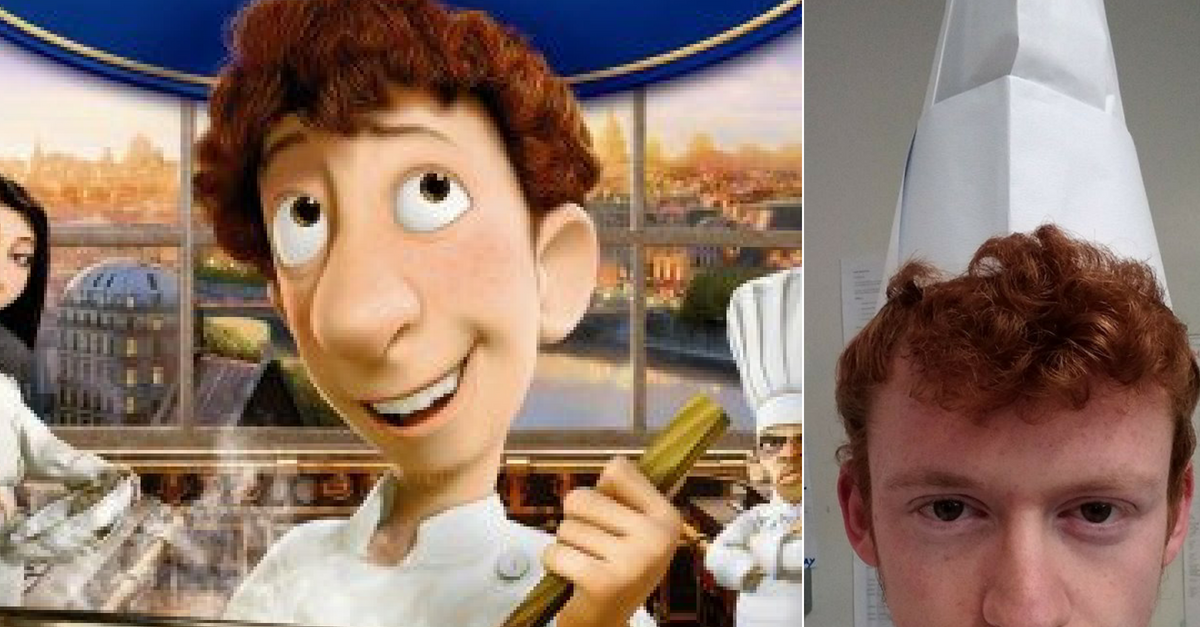