Oscar-nominated Hollywood actor Robert Mitchum’s made a name for himself in film noir, western and crime thriller roles. His life started in a darker place, no pun intended, than the movie star life he later led. This may have been the driving force for the tough guy he portrayed in his roles. Robert Mitchum was born in 1917 in Bridgeport, Connecticut. Tragedy struck his family not long after he was born. When he was only 2-years-old, his father, James Thomas Mitchum, a shipyard and railroad worker was crushed in a railroad accident.

As a child, Mitchum often got into mischief and was known to pick fights. At the age of 12, he was sent to live with his grandparents. Shortly after, he was expelled from school and sent to live with his older sister, Annette in New York. He left New York after being expelled from high school there and traveled the United States on railroad cars working odd jobs like boxing and ditch digging. At fourteen he was arrested for vagrancy and put on a chain gang. He escaped and eventually made his way to Los Angeles, California.

Mitchum’s sister was coincidentally also on the West Coast. She was hoping to start acting in movies. Robert stayed with her and found work as a ghostwriter. His sister Annette convinced him to join the players Guild of Long Beach with her. For some time, he worked as a Lockheed Aircraft Corporation machine operator until he decided to quit and return to acting, starring in small roles, usually uncredited.

One of these was the Mickey Rooney film, The Human Comedy and worked as an extra until he caught Mervyn LeRoy’s eye in Thirty Seconds Over Tokyo. He was soon signed to RKO Radio Pictures and acting in film gaining traction as an actor. The Story of G.I. Joe and Nevada were a few that started his career. And started it with a bang. The Story of G.I. Joe was Bob’s only Oscar nomination.

Most of these early films were either westerns or war films. In the early 40’s he started in film noir projects. His first was When Strangers Marry and a later effort in The Big Steal where he acted beside Jane Greer. He also appeared as a cowhand to a ranching family Rachel and the Stranger. Angel Face was one the first of three collaborations between Mitchum and British stage actress Jean Simmons.

The American actor played in over 130 TV shows and films. His most famous role was as a false preacher in The Night of the Hunter. The movie was directed by Charles Laughton, a new director who ended his directing career after the film because it wasn’t very successful. Today, this movie is well-regarded.

Mitchum died in Santa Barbara, California from lung cancer and emphysema, just before his 80th birthday. 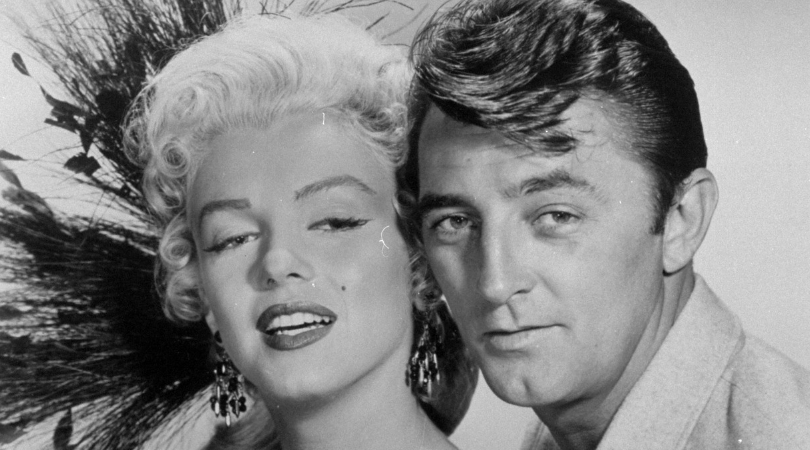