Menu
Follow us
Search
Menu
Search
Frank Levingston Jr., of Lake Charles, La., who at 110 is believed to be America's oldest military veteran, is greeted by visitors following a wreath laying ceremony to mark the anniversary of Pearl Harbor at the World War II Memorial, Monday, Dec. 7, 2015, in Washington. The surprise attack on Pearl Harbor in 1941 by the Japanese killed 2,403 Americans and was the catalyst for the United States to become involved in World War II. (AP Photo/Andrew Harnik)

The oldest living World War II veteran has died. Born in North Carolina, Frank Levingston enlisted in the Army in 1942.

He served as a private in Italy during the war and was honorably discharged in 1945. Levingston went on to become a cement finisher.

Levingston –who lived in Louisiana– never married. He died Tuesday at the age of 110.

RELATED: Man believed to be the oldest living WWII veteran has a big day coming up

Levingston was honored last December at a special ceremony in Washington, D.C. to mark the 74th anniversary of the attack on Pearl Harbor.

Funeral arrangements have not been announced. 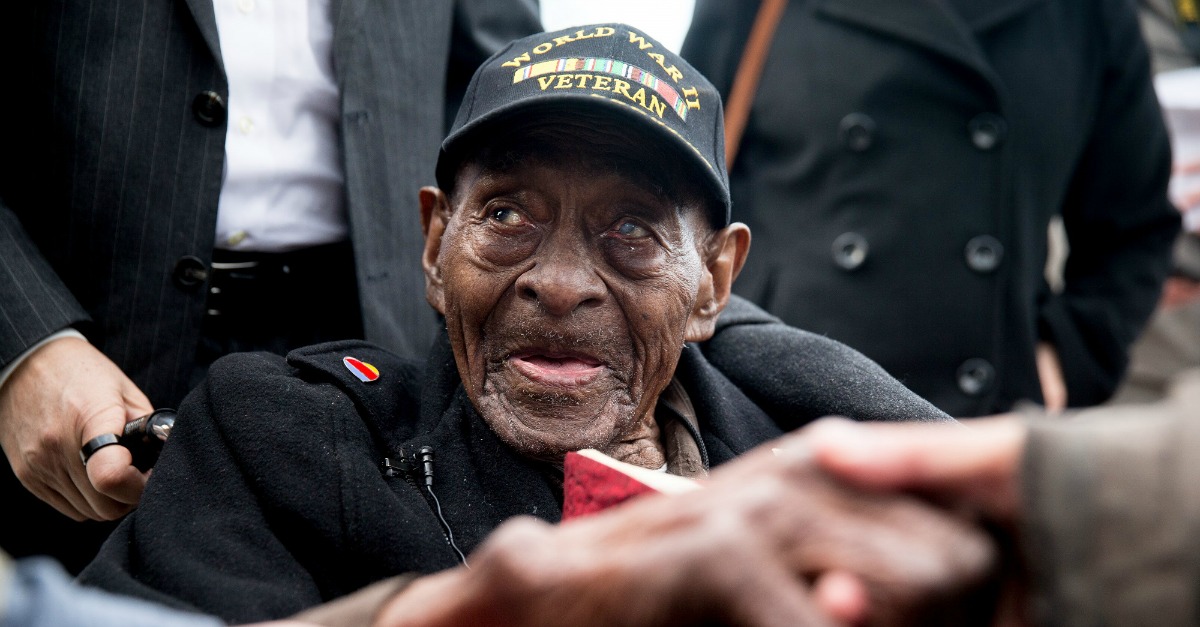