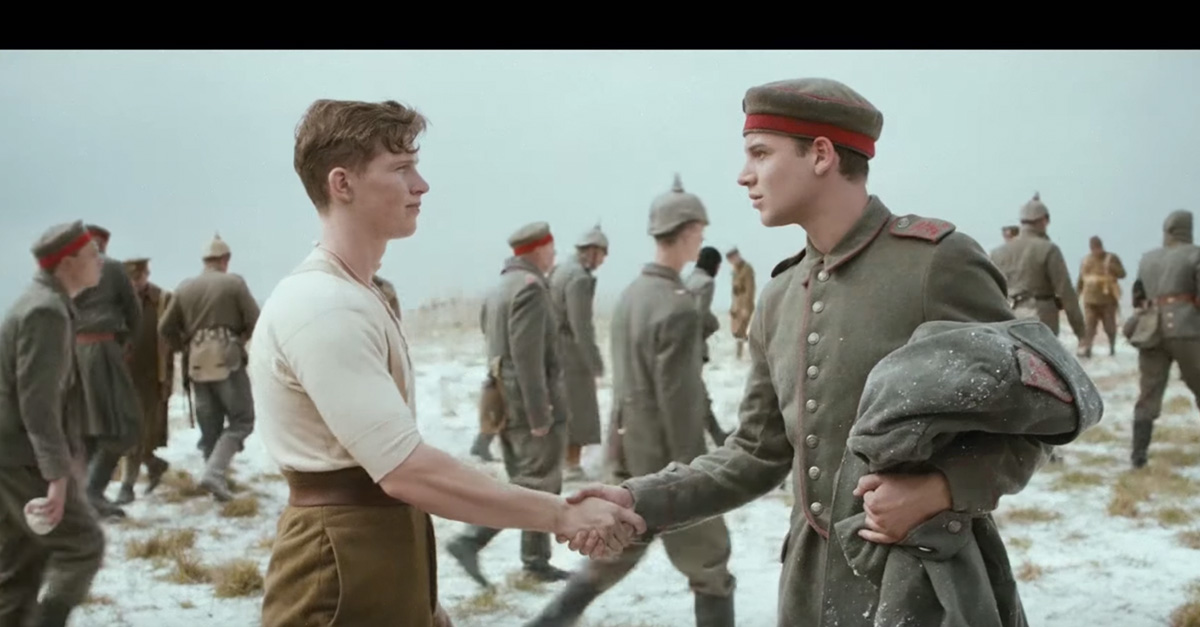 A World War I-themed advertisement for Sainsbury’s, a supermarket chain in the United Kingdom, took the Internet by storm when it first debuted in 2017. And rightfully so.

Sainsbury’s teamed up with Royal British Legion to retell the story of a Christmas Day football match, with all profits going to a veterans? charity.

RELATED: This Christmas lights show set to “Let It Go” will blow your mind

On Christmas Eve 100 years ago, soldiers on both sides laid down their weapons for an unofficial truce in commemoration of the holidays.

The ad remembers that time, showing both British and German forces coming together for a friendly soccer match and a touching gift exchange.

It is a powerful remembrance of the true meaning of Christmas.

RELATED: Watch this playful Christmas Clydesdale Budweiser ad that may never be shown on TV again

The supermarket chain faced some complaints as people felt like the ad was not historically accurate. But when a military historian was consulted, he jumped in to defend the ad and its message. According to the Financial Times, Taff Gillingham praised the chain?s advertisement as a respectful short film that would have earned the approval of the soldiers it portrays. Most critics were ?being outraged on behalf of men they never met who fought in a war they know nothing about,” he told them.