Preliminary findings suggest that Influenza B tragically killed a 12-year-old boy in West Palm Beach on Tuesday, according to a tweet from the Palm Beach County Medical Examiner.

On Sunday, Dylan Winnik came down with flu-like symptoms and died 48 hours later.

Winnik’s father, Sergio Winnik, told the Post that Dylan had a 102-degree fever on Monday night, that lowered to 98 degrees after Dylan took fever-reducing medication.

On Tuesday morning, Dylan told his father he was feeling better but the boy did not accompany his father to a naturalization ceremony to become a U.S. citizen.

Sergio said an hour after he left the house, Dylan did not answer his phone call. He then called a neighbor to check on Dylan, who found him unresponsive in the bathroom.

A partner to Dylan’s mother, Mike Medwin, said the county’s medical examiner’s office told him that Dylan died from pneumonia brought on by the flu. The boy did not receive a flu vaccine before catching the virus.

Dylan’s Okeeheelee Middle School classmates were devestated by the news. On Friday they dressed in orange, Dylan’s favorite color, to honor him at school. Family and friends celebrated  the seventh-grader’s life on Saturday morning at Trinity Church International on South Military Trail in suburban Boynton Beach.

RELATED: Mother of 2 thought she had a cold, but sadly, the flu took her life

The Palm Beach County Medical Examiner’s Office says they are still waiting for final confirmation from the preliminary findings. 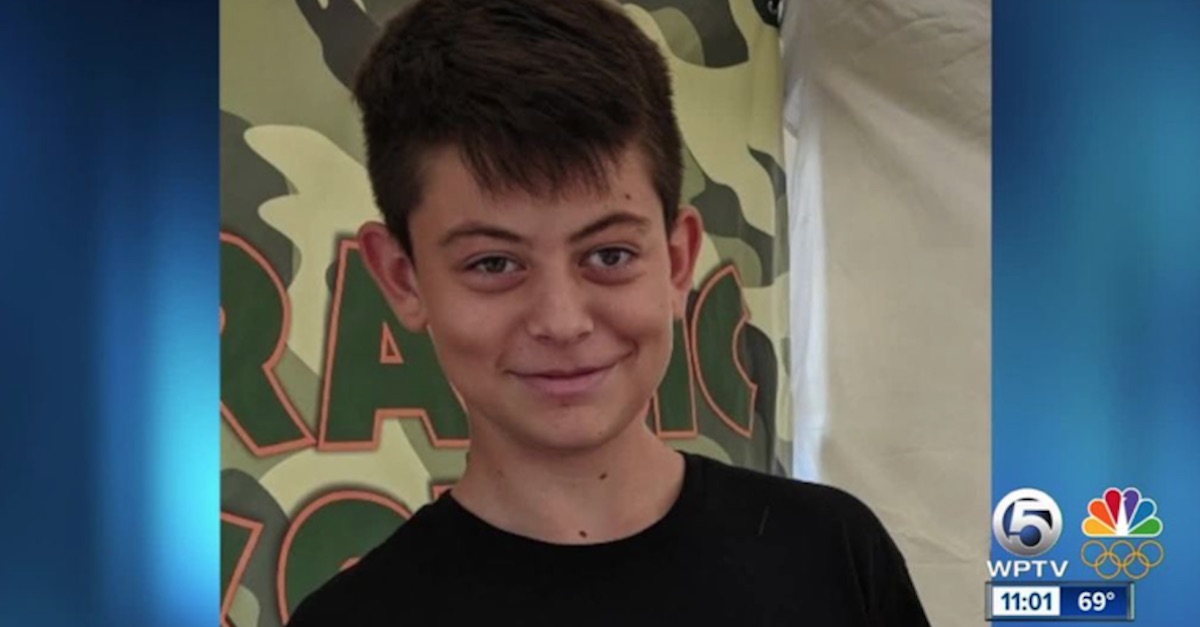