The last thing families expected when they attended the Central Carolina Fair in Greensboro, N.C. on Friday was for the night to be anything but a good time, but the situation got serious when a ride broke down. Video posted on social media showed the shocking moment a carnival worker fell from a malfunctioning Ferris wheel he climbed up to rescue kids stranded on the ride.

RELATED: The guy who had sex on a Ferris wheel with a stranger has met a shocking end

When the man fell, the Ferris wheel car in question rocked back and forth, evoking screams from a crowd of people that gathered to watch the rescue. Brittney Smith was one of the onlookers who filmed the incident in real time and posted it on Facebook.

“Look at this shit all the way thru … Bruh I almost died in shock recording it … smh,” she wrote on Facebook.

Smith’s video has been been viewed more than 60,000 times since it was posted.

A second video that has been viewed twice as many times filmed by Viridiana Ruiz Palacio showed the fall from a slightly different angle.

According to WXII, the injured worker was taken to a local hospital for treatment and released. He broke a finger.

A 5-year-old boy and his 7-year-old friend were stranded on the ride and the fair worker was trying to get them to safety. Thankfully, no one stuck on the ride was hurt, but they are scarred by the incident.

The shaken-up mom of one of the boys told Fox 8 on Sunday that she’s never going back to another fair again.

“There needs to be extra training or something. I will never go back to another fair. I will never put him on another ride like that,” the woman identified as Angela said.

RELATED: The worst thing that can happen on a Ferris wheel happened to three children in Tennessee

The malfunctioning Ferris wheel was already back in use the next day, after state officials inspected and said it was good to go. 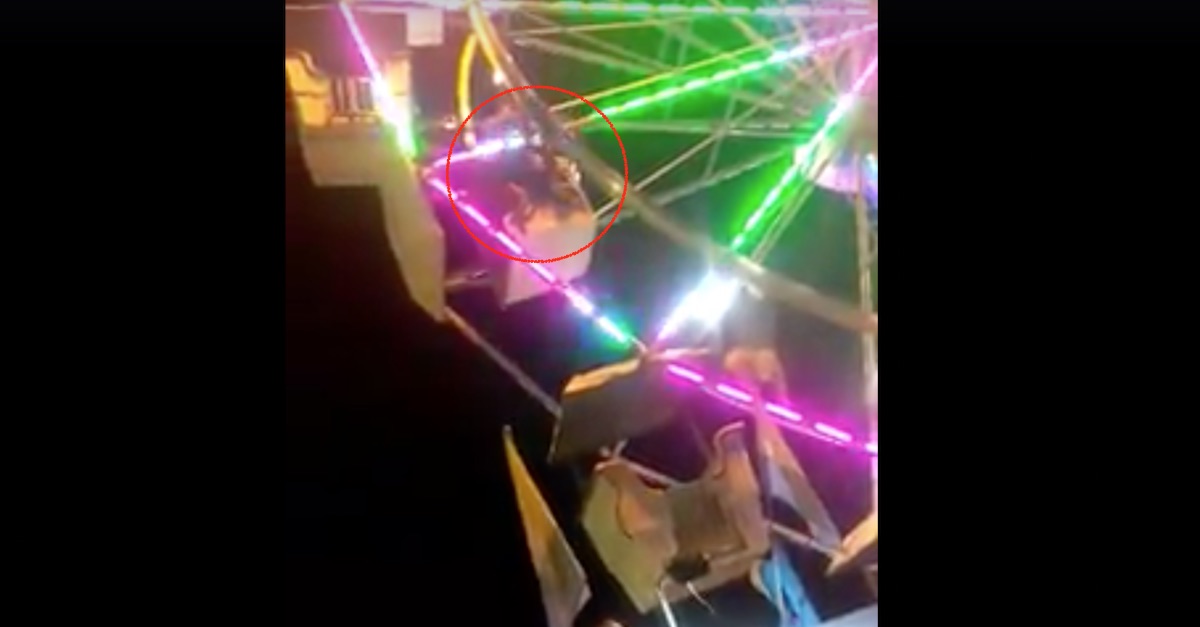