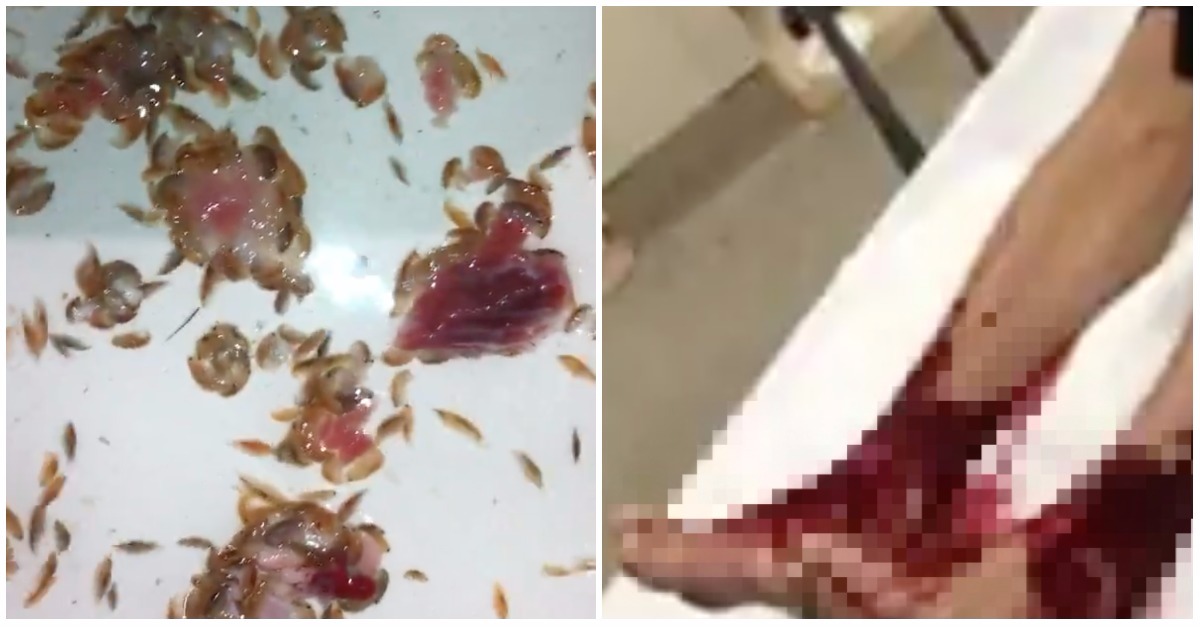 An Australian teen experienced the stuff of nightmares on Saturday when he got out of the water at Brighton Beach near his house to find his feet chewed up and bleeding.

Video filmed by 16-year-old Sam Kanizay’s father after the incident showed that so-called “sea fleas”  were responsible for the attack.

What ate Sam Kanizay's legs during a beach trip? https://t.co/vJm4hb0CSk

Jarrod Kanizay told the BBC that when he looked at his son’s feet he thought a grenade had gone off.

“It looked like a war injury … like a grenade attack. It was really bloody,” he said. “We got him in the shower but as soon as we did that, the blood kept reappearing. It wasn’t clotting at all. It just kept bleeding and bleeding.”

Jarrod Kanizay went back to the beach with a net and found the “strange creatures.” He captured them and then put out some steak. You can see them swarm steak in the video below.

“I collected these strange creatures from the same spot last night by trapping them in a net and standing in the water myself,” he said.

Museum marine scientist Dr. Genefor​ Walker-Smith told The Age that sea fleas, scavenger amphipod crustaceans who usually eat dead fish, were the cause, and that this was a “rare” instance of them feeding on a live human.

RELATED: She felt a bump in the water and watched as her arm was torn “clean off” by a monster shark

“They’re there all the time; you could put a piece of meat in the water, anywhere in the bay, and you could find them,” she said.”I think this is quite a rare thing. I really just think [Sam] was in the wrong place at the wrong time, probably.