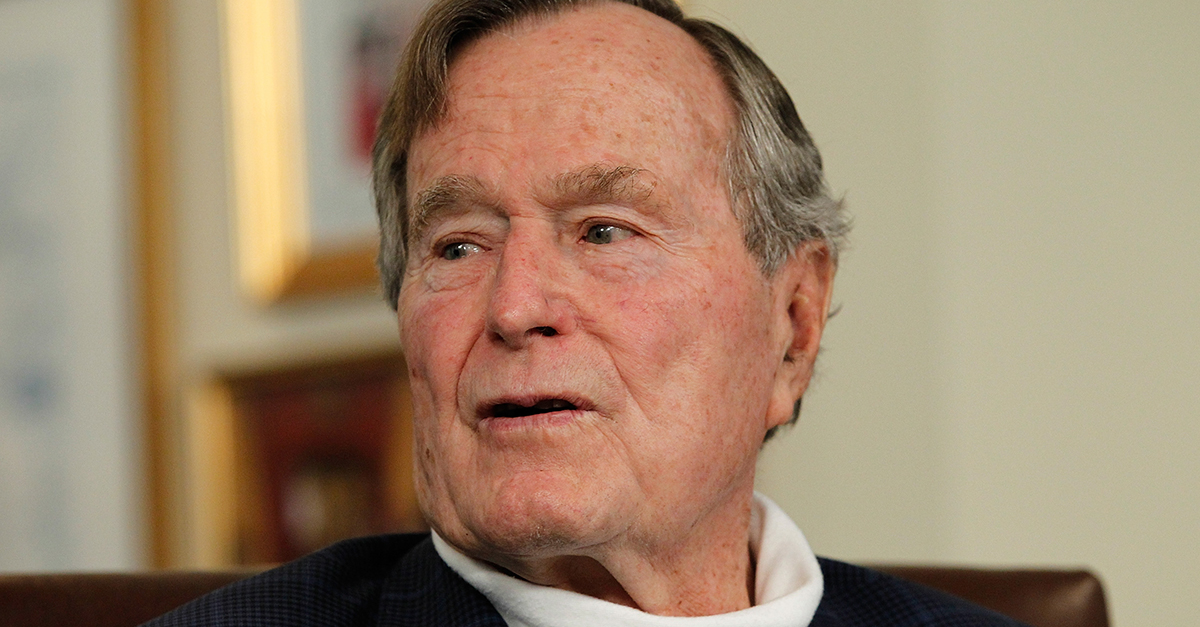 Author Christina Baker Kline met the former president at a Barbara Bush Foundation for Family Literacy Fundraiser lunch in 2014. While she and her husband posed with Bush, he told her she was beautiful. Kline thanked him and informed him that she was a writer. He then asked her if she wanted to know his favorite book.

“President Bush put his arm around me, low on my back. His comic timing was impeccable,? Kline recalled. “‘David Cop-a-feel,’ he said, and squeezed my butt, hard, just as the photographer snapped the photo. Instinctively, I swiped his hand away.”

The author then told her husband what happened as they were being driven home by a Bush associate, who said, “I do trust you will be ? discreet.” According to Kline, “Her comment wasn?t menacing. But in that moment I thought: ‘She has heard this before.’ The people around President Bush are accustomed to doing damage control. There must be many of us,’ I remember thinking. And now I know there are.”

Former Republican state Senate candidate Amanda Staples told a similar story about former President Bush, claiming she visited him at Walker’s Point when he “grabbed my butt and joked saying ‘Oh, I?m not THAT President.'” When asked about the additional allegations, Bush spokesperson Jim McGrath repeated a statement issued earlier this week, which acknowledged that the former president “routinely tells the same joke ? and on occasion, he has patted women?s rears in what he intended to be a good-natured manner.”

RELATED: Another actress accuses George Bush Sr. of groping her after giving himself dirty nickname