A former teacher’s aide and substitute teacher in Indianapolis who avoided prison after she admitted to having sex with a student is back in hot water. Court documents reveal Kisha Nuckols, 40, violated her parole by drinking alcohol and using Facebook.

Nuckols pleaded guilty to one count of felony child seduction. Court records show that she admitted to sharing explicit photos with a 17-year-old boy and having sex with him multiple times, including at her home while her husband and children were upstairs. She had inappropriate relationships with at least five other students as well.

She managed to avoid time behind bars, instead being sentenced to two years community corrections to be served on home detention, followed by two years of probation, according to the Indianapolis Star. She was also required to register as a sex offender and remain in counseling.

RELATED: Months after he was cleared of similar charges, a California teacher is back in jail for alleged sex crimes

She will now return to court on Aug. 3, after being taken into custody on July 7.

When a probation officer visited her home on June 28, it was discovered that Nuckols had a recently updated Facebook account that had not been registered with the Sex Offender Registry. She is required, as part of her probation, to register all of her social media accounts.

RELATED: Police say this smirking sodomized her student even when changing schools

A photo she posted on the account showed her holding a glass that looked to be a frozen alcoholic beverage, court documents said. Nuckols is not allowed to drink alcohol as part of her probation.

Probation officers then found 14 bottles of alcohol, a red solo cup with chilled wine and a smartphone in her home. Court documents show that her smartphone contained sexual images of Nuckols and had both Snapchat and Facebook Messenger applications installed. 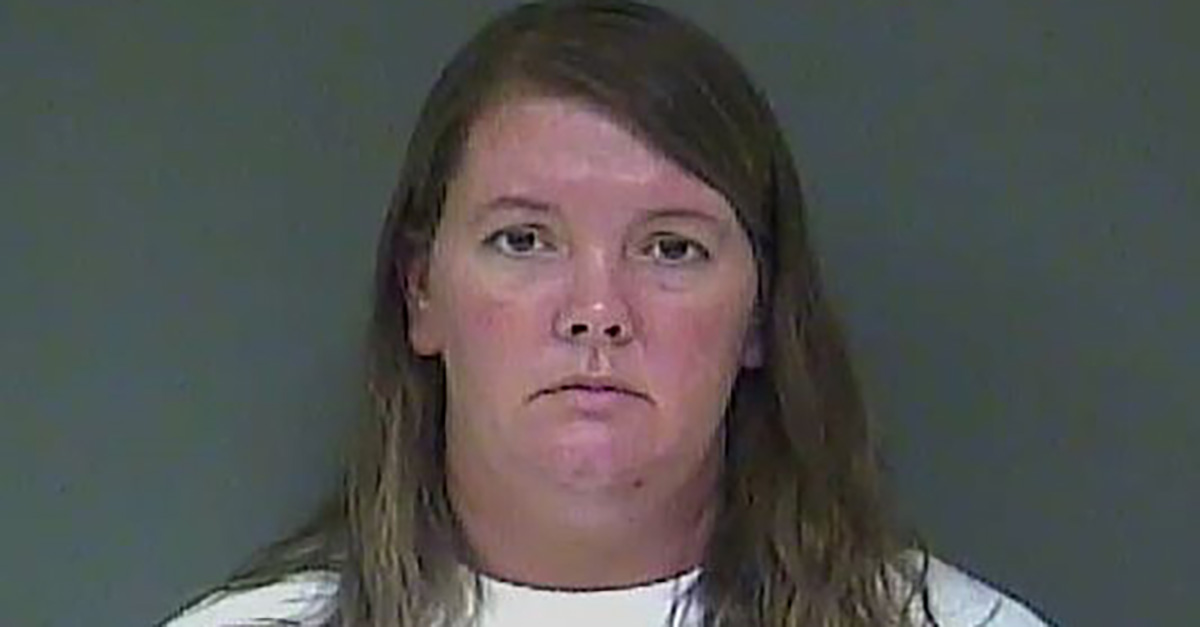