When a friend’s daughter brought home a letter about the violent imagery on her lunchbox, Reddit user twines18 knew it needed to be shared with the world.

The letter, sent from the girl’s school home to her parents, explains that the girl was in violation of a the school’s anti-violence policy. 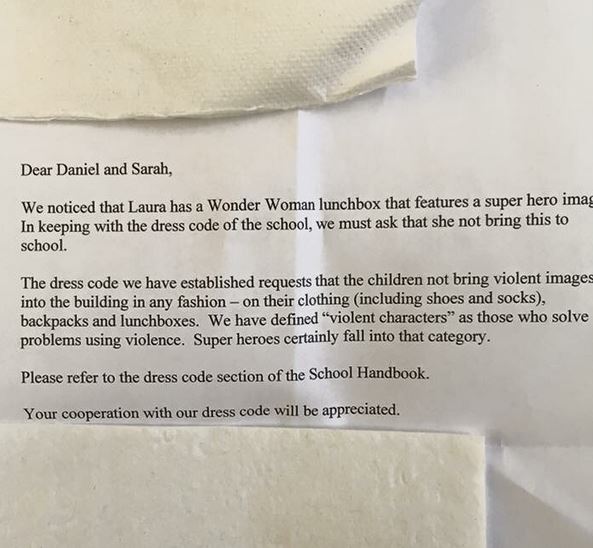 According to the letter, the girl’s Wonder Woman lunchbox was considered a violent image and wouldn’t be allowed in the school.

“We have defined ‘violent characters’ as those who solve problems using violence,” the letter states. “Super heroes perfectly fall into that category.”

Reddit commenters were quick point out the lunacy of the directive, with several pointing out an obvious flaw.

“You can still bring in your handgun as long as it doesn’t have any superheros [sic] on it,” one said.