A teen has died of a caffeine overdose, and his father wants parents to be aware of the risks 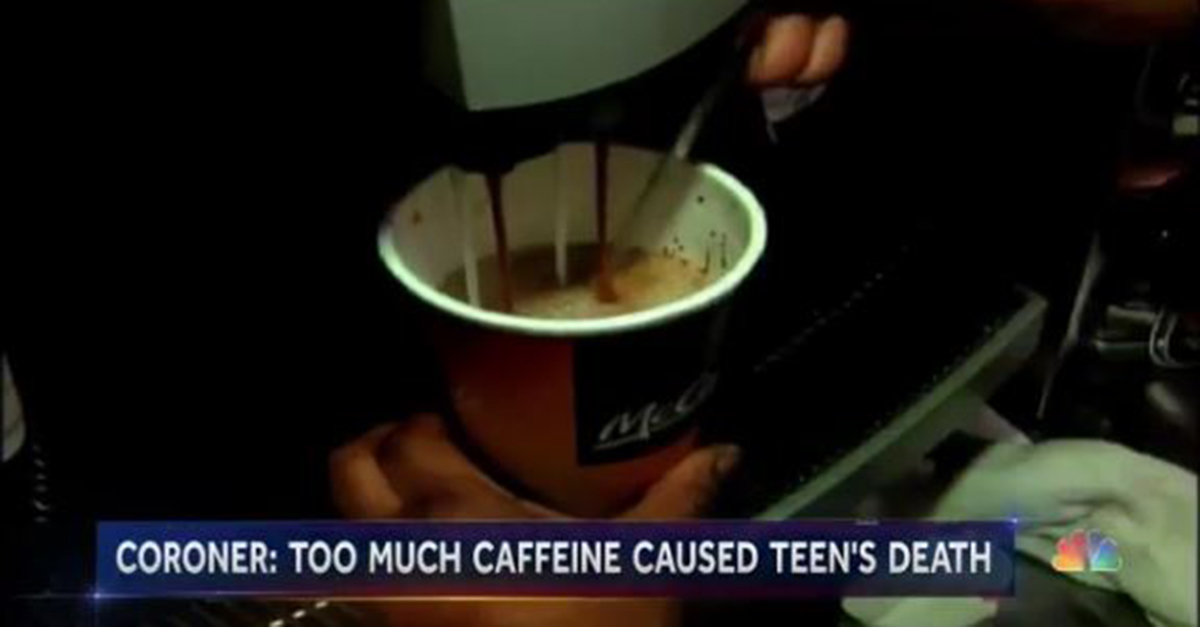 “On [the] particular day within the two hours prior to his death, we know [he] had consumed a large diet Mountain Dew, a cafe latte from McDonalds and also some type of energy drink,” Richland County coroner Gary Watts said at a news conference.

Watts told NBC News that the boy, Davis Allen Cripe, had taken in more caffeine than “what is considered a safe level.”

“The autopsy was performed, and there was nothing there to indicate any type of […] undiagnosed heart condition,” he said.

At the news conference, Cripe’s father told parents to be mindful of their kids’ caffeine intake.

“It wasn’t a car crash that took his life. Instead, it was an energy drink,” he said. “Parents, please talk to your kids about these energy drinks.”

RELATED: A 7-year-old was accidentally shot and severely injured in his elementary school classroom

Watts said he hoped this incident would help prevent similar tragedies in the future.

“The purpose here today is not to slam Mountain Dew, not to slam cafe lattes or energy drinks. But what we want to do is to make people understand that these drinks — this amount of caffeine, how it’s ingested, can have dire consequences. And that’s what happened in this case,” he said.