Oregon authorities are cleaning up after a truck carrying hundreds of eels overturned on an Oregon highway, reports the Atlanta Journal-Constitution, covering the highway and an unlucky Nissan with eels and slime.

RELATED: This woman dumped a bucket of slime on her unsuspecting husband, but he was the one who go the last laugh

The accident happened near Lincoln City on Highway 101. The incident and subsequent cleanup closed the highway for hours.

KATU2 reports the eels were headed for Korea for “consumption,” seemingly not elaborating beyond that.

The Oregon State Police posted photographs of the sticky situation on Facebook  and they’re (understandably) generating plenty of attention. 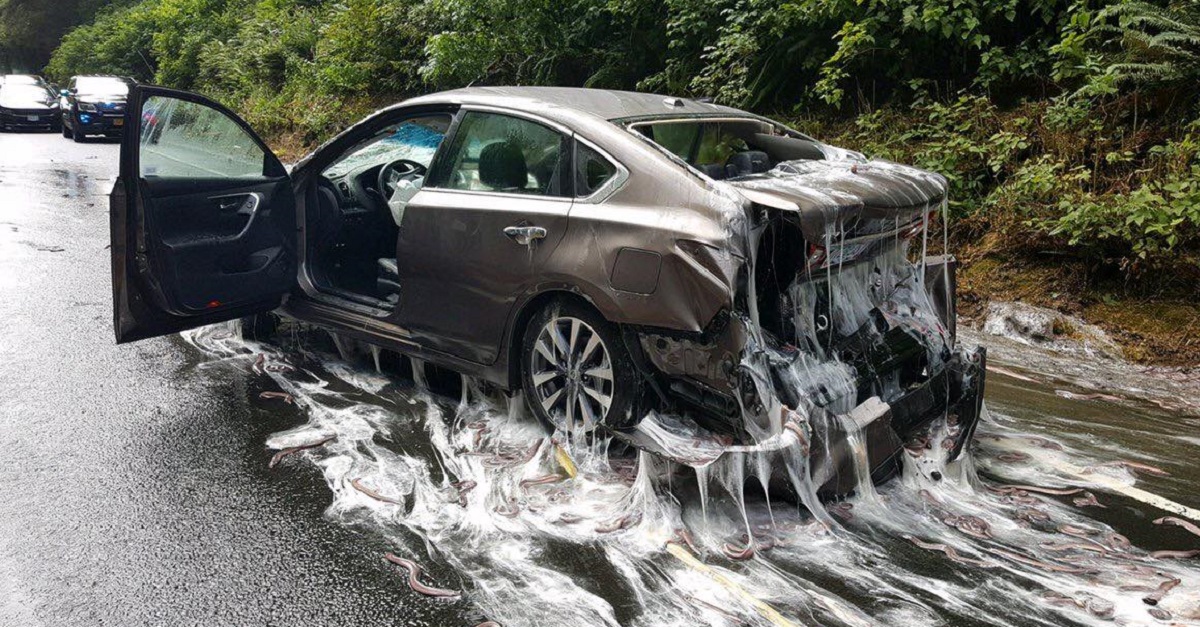