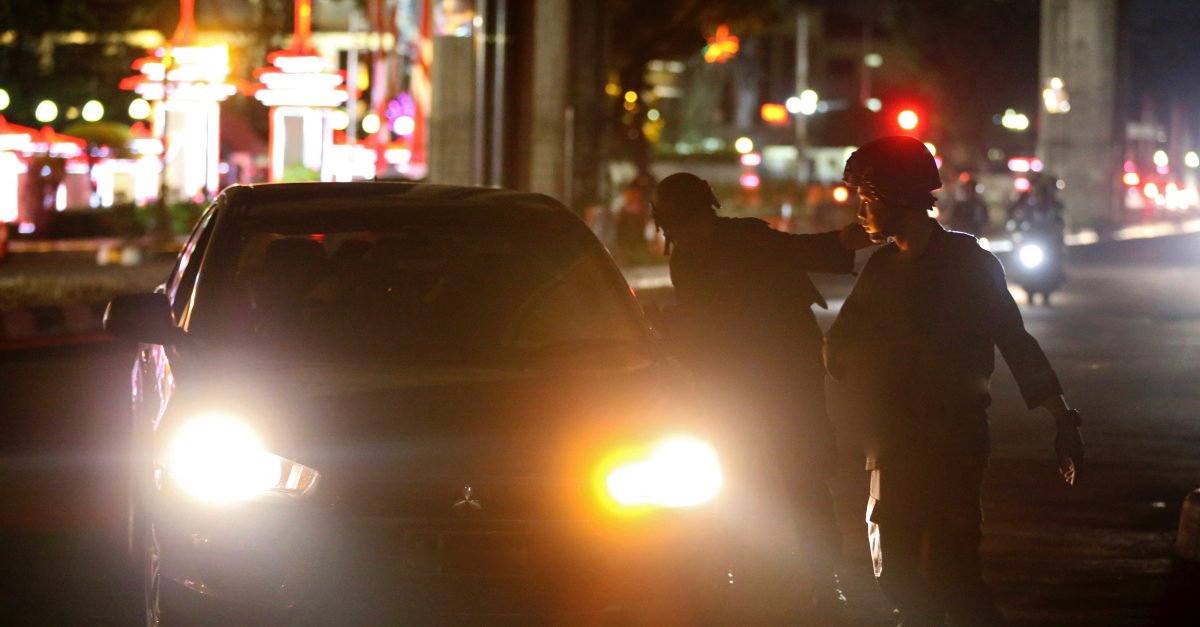 AP Photo/Dita Alangkara
Police officers inspect a vehicle at a roadblock near the mosque where suspected militant stabbed two policemen in Jakarta, Indonesia, Friday, June 30, 2017. Indonesian police said the attacker used a bayonet to stab the two policemen after they finished Friday night prayers before being fatally shot by another officer. (AP Photo/Dita Alangkara)

A 15-year-old boy is dead after his older brother crashed their car on the Tomball Parkway late last night.

RELATED: Driver plows into Pappa?s Bar-B-Q in Houston after striking SUV and pedestrian

The 18-year-old driver was taken to Ben Taub hospital with minor injuries.

His younger brother was not as lucky, dying at the scene.

Police say the car was driving too fast when it crashed at the Beltway 8 exit. The impact sent the car spinning, stripping off part of the guardrail before coming to a rest.

The scene generated so much interest it caused another crash when one rubbernecker rear-ended another’s car and causing a subsequent crash for two others.

RELATED: After a deadly, early-morning Friday crash, Houston authorities have a few questions for the possibly intoxicated driver

“This is strictly a high-speed crash,” S. Wolverton, with the Harris County Sheriff’s Office, told the Houston Chronicle.