A Phoenix woman has been charged with leaving the scene of a fatal accident after allegedly hitting a pedestrian and failing to stop, even though 35-year-old victim Ramon Corrales was allegedly embedded in her windshield as she drove.

RELATED: A broken windshield leads to an arrest in a series of vicious attacks on the homeless

Kaiwei Elizabeth Billets, 65, was driving home on December 29th when she struck Corrales, according to police. The somewhat-incredible police report says Billets stopped her car in the parking lot of her complex, pulled Corrales from her windshield, dumped his body on the ground and moved her vehicle to a covered parking space, where she parked it.

Witnesses who saw 65-year-old Billets pull a body from her windshield and dump it to the ground called police, according to ABC15. Paramedics were unable to save Corrales, who was pronounced dead at the hospital.

Billets reportedly told police she believed she’d hit a “straw man,” not a human man. To our knowledge, Phoenix is not known for a poorly-placed straw-stuffed obstacles. After calling a friend to ask for advice, her friend told her to call police; instead, the police report says she retrieved her groceries from her car.

She maintains that she was unaware she’d hit a real human until she removed Corrales from her windshield. Even after realizing she’d hit a man, she told police she didn’t call 911 because she was afraid of imprisonment and (perhaps worse) her insurance rates increasing.

While the “straw man” excuse may not hold water, her fear of imprisonment is totally valid — and she’s living it right now, locked up on $100,000 bond as she awaits trial.

It’s not clear at this time if Billets has a lawyer. 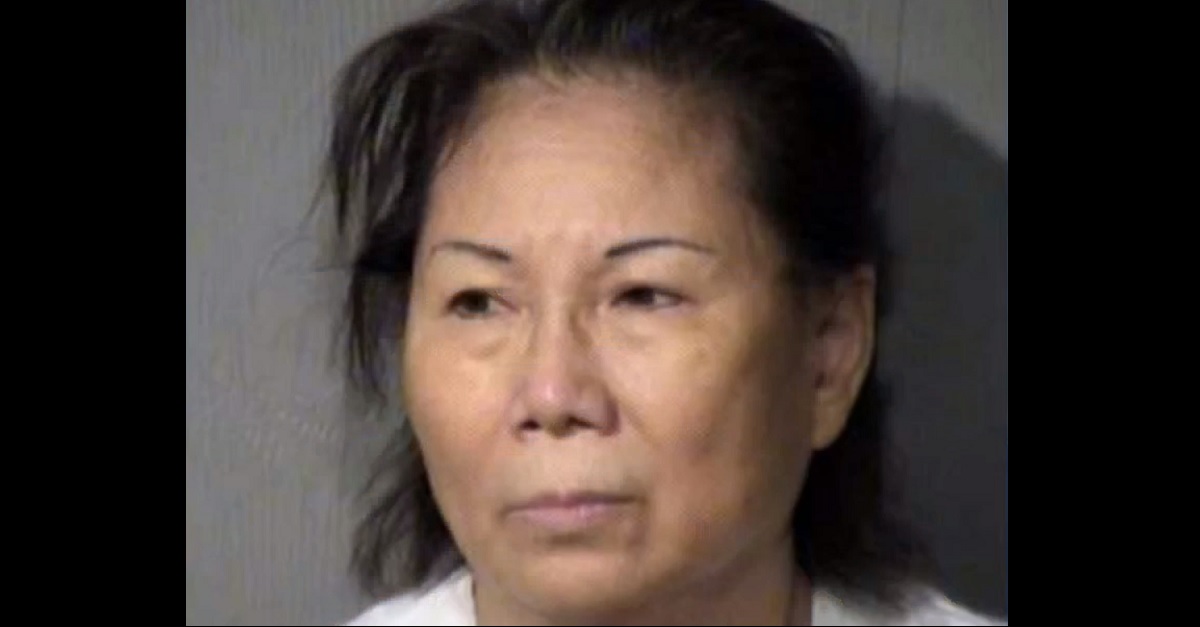