Natalie Elle Woods really doesn’t know what all the fuss is about. All the Texas woman did was pick up the restaurant tab for people at a nearby table. It was meant to be an act of kindness, and the Denton resident hoped to send a message of love and tolerance at the same time.

Her gesture went far beyond that.

“Bought dinner for the strangers behind me talking about their “awful, gay, nephew, that they need to pray for,” the Denton resident wrote in a Facebook post Nov. 11.

Woods told the Huffington Post that she was dining at Snuffer’s Restaurant and Bar in Addison when she overheard one of the three family members discussing how “disgusted” he was after learning their “liberal” nephew had come out as gay.

Instead of reacting and making a scene, Woods paid for the table’s meal and left a note on the receipt.

RELATED:A restaurant owner fired his own son after a customer noticed this written on his receipt

“Happy holidays from the very gay, very liberal table sitting next to you. Jesus made me this way. P.S. Be accepting of your family,” Woods wrote.

Woods took a photo of the receipt and then shared it on Facebook. As of late Friday night, she had more than 1.9 million likes, 190 shares and 205 comments.

“It’s time myself and the people of this country defend each other, defend minorities, defend people of all races and religions,” Woods told the Huffington Post. “Sometimes it starts with small acts of love, sometimes it’s protesting in the streets, voting, lobbying, or running for a local office.”

Still, she was taken aback by the response on social media.

“I didn’t pay for anyone’s mortgage or name my first born after them, I simply bought their dinner and wrote a message of love and truth,” Woods wrote on Facebook late Thursday. “I don’t know whyyyyyyyyyyyyy this is blowing up, but if it inspires kindness or compassion in others, cool.”

Woods, who works for a Denton LGBTQ civil rights organization after a stint with the national Human Rights Campaign, told the online news site that the whole experience was a stark reminder of how far the LGBTQ rights movement has to go.

Woods, who said she used to work for the Human Rights Campaign, told the Huffington Post the incident reminded her that despite the strides that the LGBTQ community has made in recent years, “that fight is long [from] over.”

In a statement, Snuffer’s Restaurant noted that the company loved “when random acts of kindness happen” at the establishment.

“Thoughtful gestures like this are needed now more than ever, especially when we don’t see eye to eye,” the statement read.

“I truly don’t believe that I probably changed their mind. I don’t,” Woods told KTVT. “But it’s all a matter of planting seeds.” 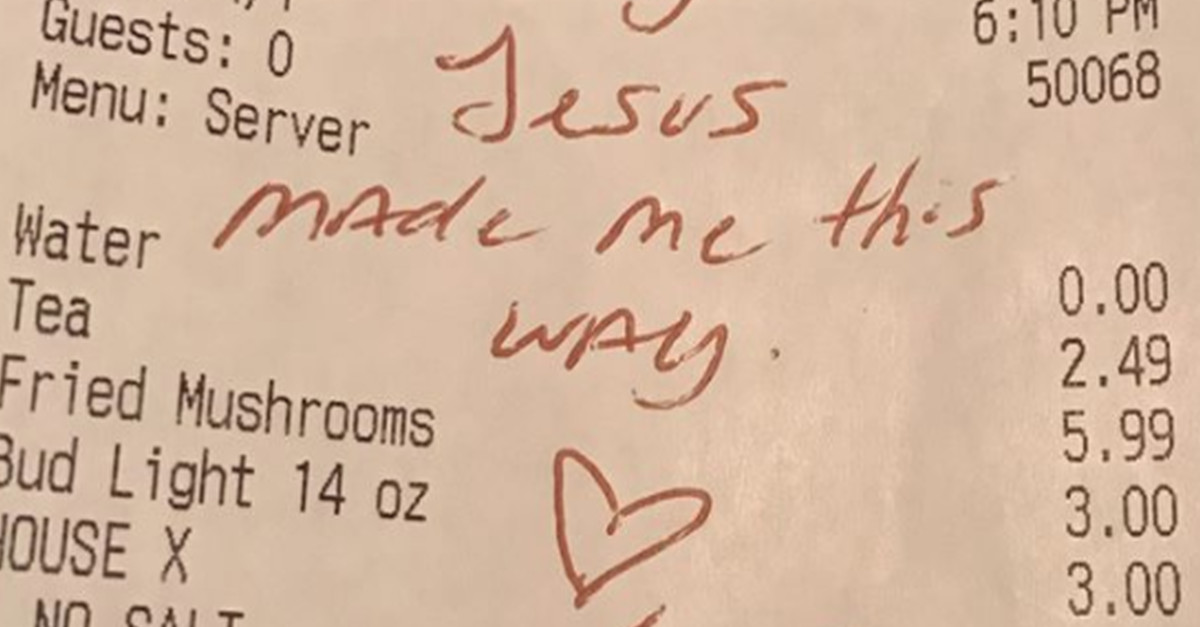