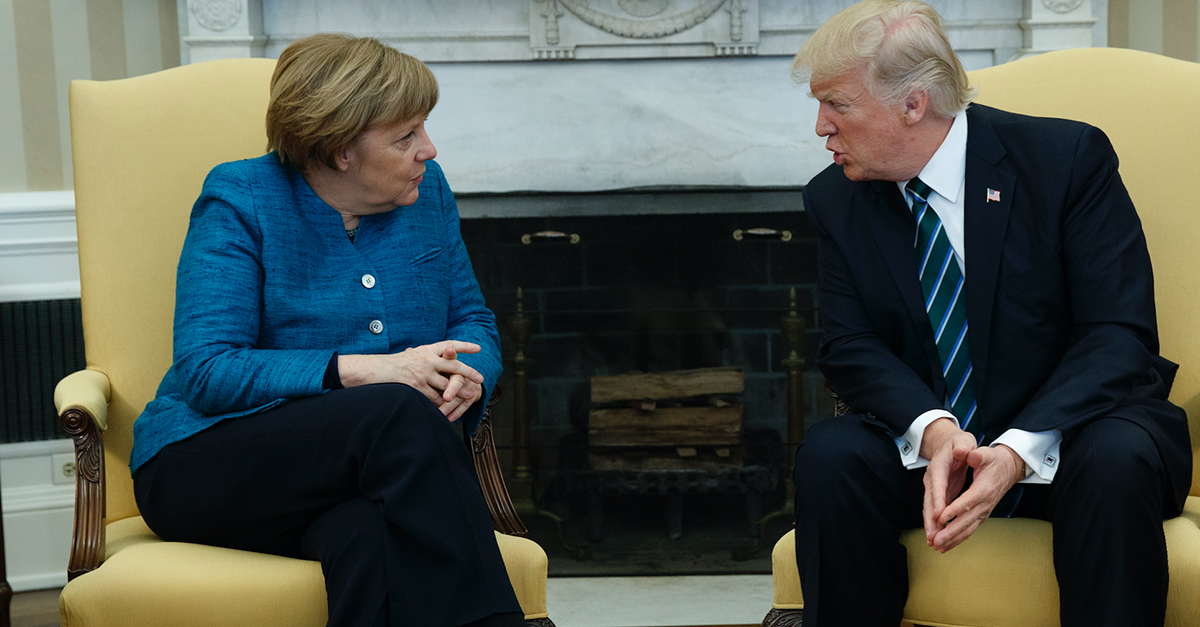 On Friday, in Washington, D.C., German Chancellor Angela Merkel was welcomed to the United States by President Donald Trump. Prior to their joint press conference, Merkel and Trump sat for a photo-op that was lacking the traditional handshake between world leaders.

Trump denied Angela Merkel a handshake and it was the most awkward thing ever 😳 https://t.co/i06gVpCFjH pic.twitter.com/rh5vLZSJQ5

During remarks before their news conference, Trump praised Germany for its devotion to manufacturing and stated that Germany had a lower unemployment rate among youth than in other countries.

“Our two nations share much in common, including our desire for prosperity…and peace,” Trump said at the top of the news conference.

"It's always better to talk to one another and not about one another," Germany's Merkel says at presser with Trump https://t.co/ktGRUZ8ulV

Though the two seemed cordial during the press conference, Trump has not always been kind to Merkel. In December 2015, Trump said that Merkel was “ruining Germany.” Throughout his presidential campaign, Trump further criticized Merkel. Merkel seemed to make a veiled reference to this in her opening remarks.

“It’s much, much better to talk to one another and not about one another,” Merkel said.