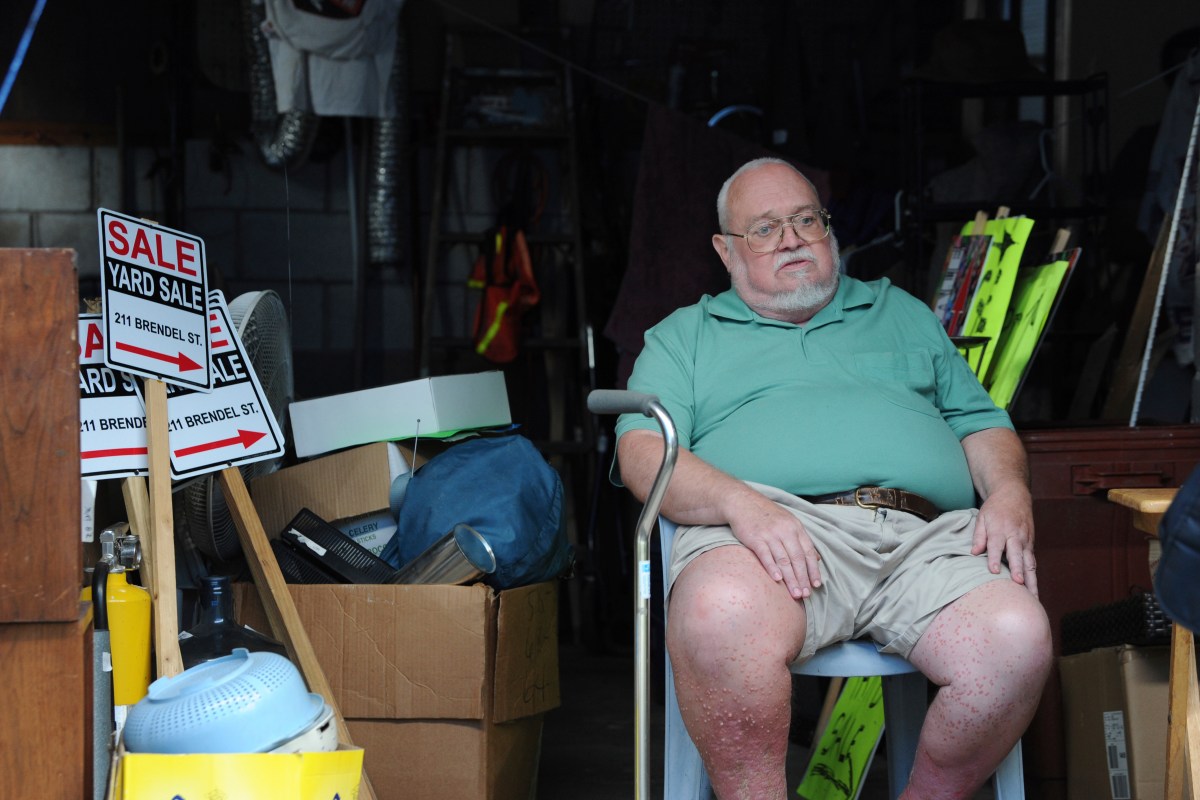 BROWNSTOWN, Pa. (AP) ? Two friends who set up a GoFundMe page for a Pennsylvania man who’d been holding yard sales to pay for his own funeral expenses say they’ve received so many donations they are planning to help other veterans in similar situations. David Dunkleberger and his friend Ed Sheets pulled into a yard sale in Brownstown last month. The man running it, 66-year-old Willie Davis, said he was selling his belongings to pay for his funeral.

Davis, who served in the Navy in the 1970s, has been diagnosed with stage 4 squamous cell carcinoma, a type of skin cancer. “It broke your heart, hearing the story, and we just decided we had to do something to try and help him, try to make his life a little bit easier,” Sheets told WJAC-TV. The cancer was initially misdiagnosed last year and he ended up with an infection, Davis told the Tribune-Democrat newspaper. After a biopsy revealed he had squamous cell carcinoma, Davis was told it had spread into his bones.

Dunkleberger initially set a $6,000 goal then raised it to $40,000. By Friday morning, over $50,000 had been donated. Because of the large number of donations, GoFundMe asked him to include more information about their mission to help Davis, he wrote on the page . He said 100 percent of the funds raised will go to Davis’s funeral and burial costs.

A second update, after the goal was raised to $40,000 on Thursday, said they would keep raising the goal to help other veterans with funeral costs. “We have all agreed that Willie is lucky to have everyone’s support and we hope to find more individuals that can use our support. Thank you all for your help!” he wrote.

GoFundMe said they will work with Davis’s family members and the campaign’s organizers to make sure the excess funds are managed appropriately. Davis has a burial plot near his parents at a cemetery in Culpeper, Virginia, and said he wishes to be interred there.

U.S. Department of Veterans Affairs will pay up to $300 toward burial and funeral expenses for a non-service-related death, if not in a VA hospital at the time of death, according to the department’s website . The VA will also give a $780 plot-interment allowance if not buried in a national cemetery.

Dunkleberger told the Tribune-Democrat he’s been talking with Davis’ oldest sister to determine how much it will cost to have him transported to Virginia, prepared for burial and then laid to rest. Davis told the newspaper he was stunned by the help.

He said he doesn’t expect to make it until Christmas ? “although I’d love to” ? and tries to escape negative thoughts by listening to music or watching deer graze in the yard outside his home. “Sometimes, you don’t stop to appreciate those types of things until you know they won’t last forever,” Davis said. “I’d love to have more of them.”