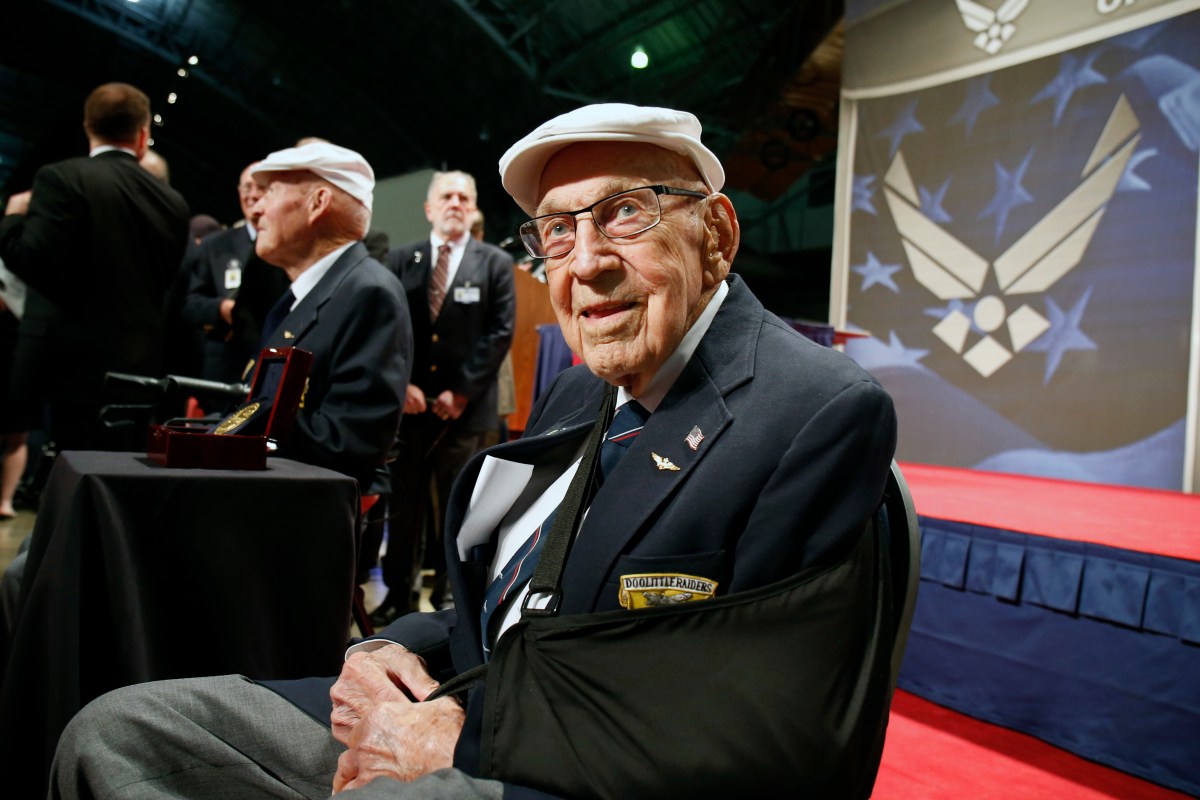 CINCINNATI (AP) ? The last surviving Doolittle Tokyo Raider is still telling his World War II stories, and he enjoys hearing new ones that have been passed down to younger generations. Retired Lt. Col. Dick Cole recently celebrated his 103rd birthday. And he’s getting ready to attend another air show, this one in Hillsboro, Oregon, starting Sept. 28. The Comfort, Texas, resident attended one in Oshkosh, Wisconsin, this summer.

Youngsters tell him about their great-grandfathers’ World War II memories. “It’s fun,” Cole, originally from Dayton, Ohio, said by telephone Thursday. “You meet a lot of people and shake a lot of hands. I like to talk to kids. I enjoy it, and I think they do, too, because they keep coming back.”
He was mission commander Jimmy Doolittle’s co-pilot in the 1942 bombing attack less than five months after the Japanese attack on Pearl Harbor. The bold raid on Japan is credited with lifting U.S. spirits and helping turn the tide of the war in the Pacific.

“I think the main thing was that you had to go in with a positive attitude,” Cole said of the against-the-odds mission. “I really didn’t worry about it. It was our job, and we knew what to expect.”

The 80 Raiders were four years ago honored with the Congressional Gold Medal for their “outstanding heroism, valor, skill and service to the United States.”

Three Raiders died trying to reach China after the attack, and eight were captured by Japanese soldiers. Three were executed, and a fourth died in captivity. Cole parachuted, and he and other Raiders were helped to safety by Chinese partisans.

Cole has attended Raider-related events over the years, including funeral services in Missoula, Montana, in 2016 for retired Staff Sgt. David Thatcher, the 79th Raider to die. He also participated in 75th anniversary events in 2017.

Cole said since he was older than many of the other Raiders, he didn’t expect to be the last.
“I figured that Mother Nature and the good man upstairs would pick the time, and I wouldn’t have any control over it.”

He chuckled when asked what it’s like to be 103:

Watch: Can You Guess the One Letter Not in Each State?