As Confederate monuments across the country disappear, an activist thinks the removals don’t go far enough 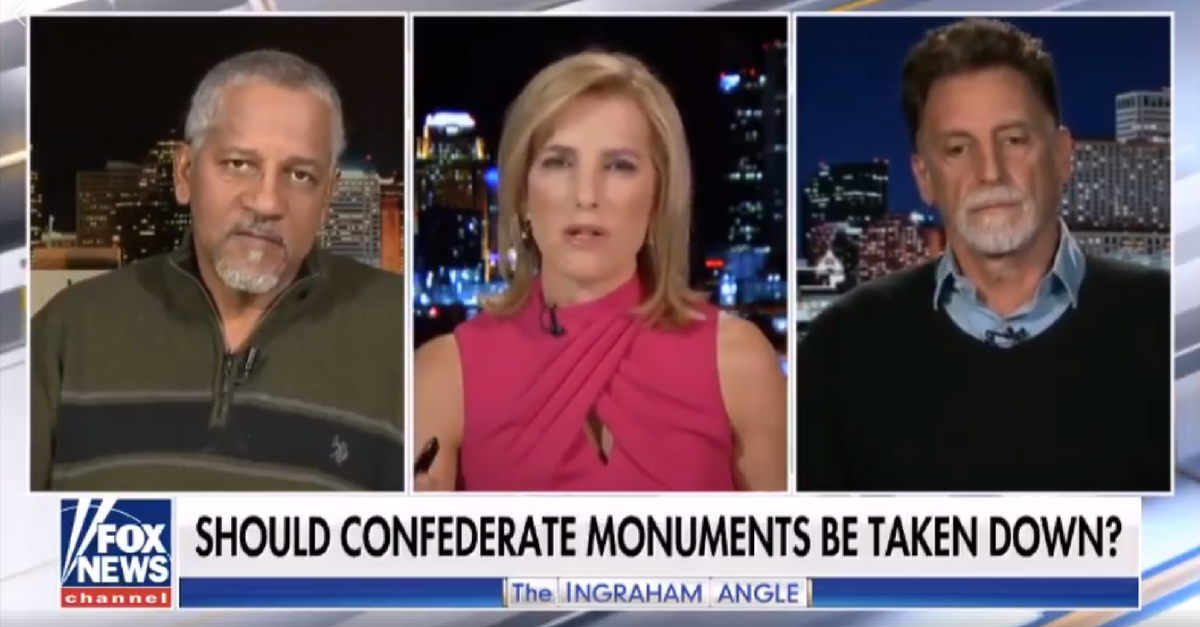 While Confederate monuments nationwide continue to be removed, a New Orleans activist has a controversial idea for how we can continue to “move toward healing” starting with renaming our nation’s capitol.

Malcolm Suber, coordinator with the group Take ‘Em Down NOLA, appeared on “The Ingraham Angle” on Fox News on Thursday to debate his city’s recent battle over the memorials, which has so far led to the removal of four statues declared a “public nuisance.” While Suber echoed New Orleans Mayor Mitch Landrieu’s call for healing, he also pointed out that the city still has another twenty monuments dedicated to “white supremacy.” According to him, they, along with the hundreds of streets and parks named for members of the Confederacy and white supremacists, must either be removed or changed.

RELATED: While removing a Confederate monument, workers uncovered a piece of history hidden inside

“We want to wipe the slate clean,” he said to a shocked Ingraham during his appearance. “And we have challenged the mayor from the very beginning: Don’t do a half-job, let’s do the whole job.”

Ingraham wrote off such actions as a “crusade to hide history,” but Suber didn’t stop there. He then went on to address New Orleans’s iconic Jackson Square, which was named in honor of former President Andrew Jackson. Calling the square an “abomination,” he demanded that it be renamed or removed along with anything else that appears to honor any of Jackson’s fellow slave owners, such as former presidents and founding fathers George Washington and Thomas Jefferson.

“So we need to rename Washington, D.C., correct?” Ingraham proposed what she saw as a preposterous suggestion.

“Yes, I would do that,” a firm Suber shot back right back.

RELATED: A confederate statue that’s been stirring controversy just got a bizarre makeover