As the heroin epidemic soars, some researchers think they’re close to developing a vaccine 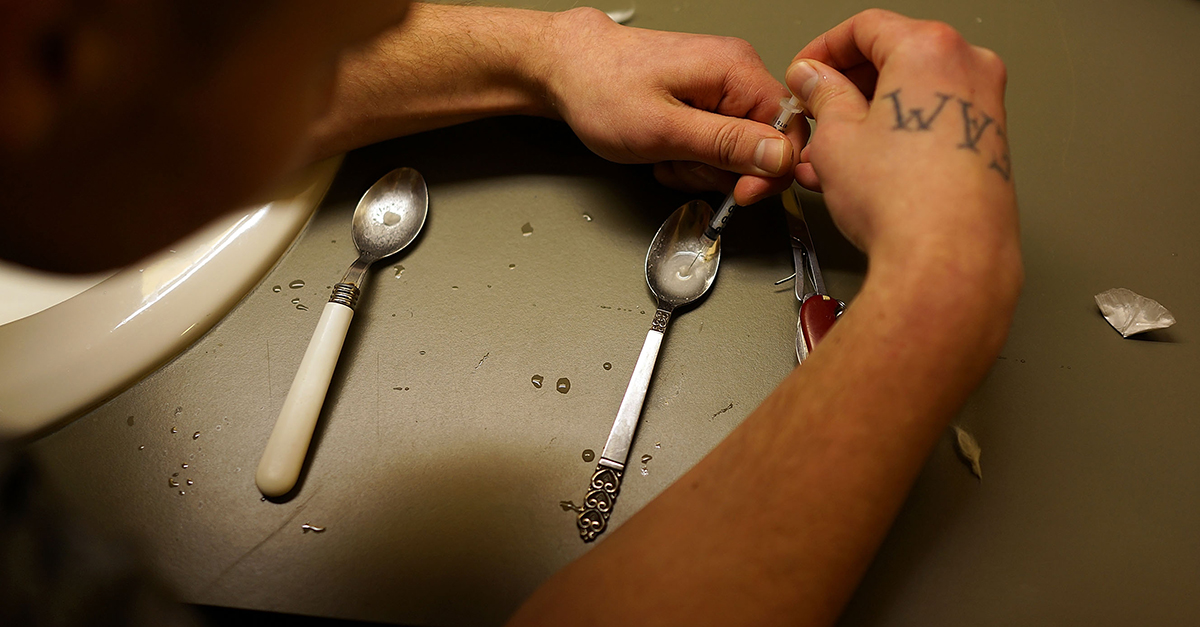 Photo by Spencer Platt/Getty Images
ST. JOHNSBURY, VT - FEBRUARY 06: Drugs are prepared to shoot intravenously by a user addicted to heroin on February 6, 2014 in St. Johnsbury Vermont. Vermont Governor Peter Shumlin recently devoted his entire State of the State speech to the scourge of heroin. Heroin and other opiates have begun to devastate many communities in the Northeast and Midwest leading to a surge in fatal overdoses in a number of states. As prescription painkillers, such as the synthetic opiate OxyContin, become increasingly expensive and regulated, more and more Americans are turning to heroin to fight pain or to get high. Heroin, which has experienced a surge in production in places such as Afghanistan and parts of Central America, has a relatively inexpensive street price and provides a more powerful affect on the user. New York City police are currently investigating the death of the actor Philip Seymour Hoffman who was found dead last Sunday with a needle in his arm. (Photo by Spencer Platt/Getty Images)

Researchers at The Scripps Research Institute (TSRI) believe they are on the brink of developing a vaccine that could block heroin’s addictive high after it proved to be effective in monkeys.

“The vaccine sequesters the psychoactive molecules that heroin produces and prevents distribution to the brain,” said Paul Bremer, a graduate student at TSRI and first author of a study about the vaccine, which was published June 2 in the Journal of the American Chemical Society. “It essentially uses your body’s own natural defenses to neutralize the drug.”

RELATED: The disturbing reason a 1-year-old child was found barely breathing at a home is beyond belief

Heroin activates opioid receptors in the nervous system, which produces a high and puts the user into a state of euphoria. However, the body becoming too relaxed can lead to an overdose as bodily systems and breathing slow down. The vaccine would mimic part of the heroin molecule in order to train a person’s immune system to fend off the drug as it would a virus. Thus, a person’s body would resist the drug and prevent the user from feeling a high.

Other medications, such as methadone and buprenorphine, already exist to help opioid users fight their addiction. Additionally, naltrexone, or Vivitrol, is administered once a month to neutralize a user’s high. However, the new vaccine could be both cheaper and have fewer side effects as it utilizes the body’s own immune system to fight heroin.

TSRI has been working on the vaccine for eight years, and they’re working with biotech companies to coordinate a human clinical trial.