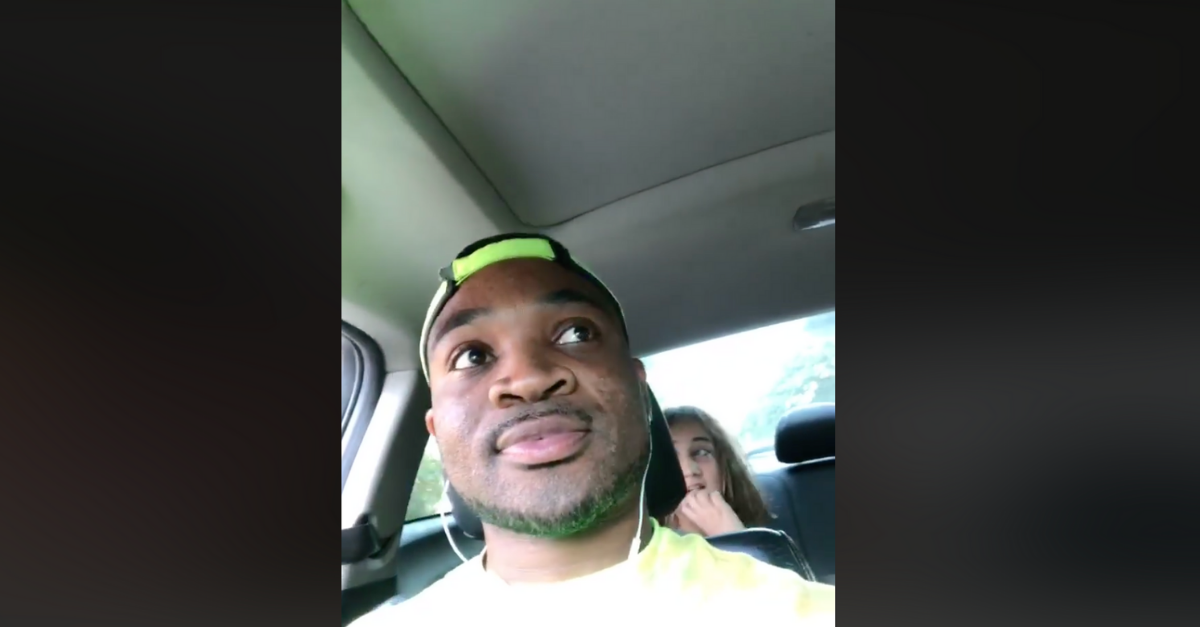 Corey Lewis, a black guy, found himself in some trouble for… being a black guy, pretty much. Yeah that’s it, actually. He’s black and some nosy, dumb, racist lady saw that he’s black and was like, “Whoa, I don’t like the look of this black guy. Specifically the part about how he’s black. And by ‘specifically’ I mean ‘only.'” Then the nosy, dumb, racist lady called the cops on him because, naturally, this suspicious looking (see also: black) man was likely up to no good.

Lewis, who runs a youth mentoring program in Marietta, Georgia, was babysitting for a family he knows when he caught the aforementioned dumb lady’s eye. The reason he stood out to the lady, aside from the whole black thing in and of itself, was because he was a black man with two white kids. A girl and a boy, aged 10 and 6. They were leaving a Subway after having just eaten lunch there. Obviously — of course — the only the reasons that combination of people would be in a car together would be either kidnapping or human trafficking. So this valiant woman did what any hero would do: she snooped and harassed Lewis, and demanded to speak to the children, whom she 100% did not know.

When Lewis declined the stranger’s request to speak to the children he was responsible for — suspicious! — the lady threatened to take down his license plate number and call the police. Then she followed him in her car. (That scared the kids, by the way.) Finally, the cops showed up and pulled Lewis and the kids over (this also scared the kids) to confirm that the innocent man who was doing nothing wrong or suspicious was, indeed, a normal, nice, innocent guy and not a child stealing, human trafficking, psychopath.

(As an aside, kudos to whoever the dispatcher was for properly conveying to the responding officers that this was probably nothing because the woman calling sounded like an idiot. Otherwise, officers responding to reports of a possible kidnapper could have been much, much worse.)

At this point, the police were forced to do their due diligence and call the kids’ parents, who were both pissed off and not really able to comprehend why in the f*ck this was happening.

Lewis caught a lot of the ordeal on Facebook Live and his story quickly went viral.

Authorities are not releasing the name of the woman who called the police on Lewis, which I’m sure she is thankful for, because she probably doesn’t want to be antagonized and harassed by strangers who would be judging her based on perception and hate. Huh. Weird.

This article was originally published October 10, 2018.