Another fire has occurred in Northern California, making it the seventh most destructive fire in California history. The Carr Fire in Redding has burned more than 1,132 structures, of which 818 were homes and three were businesses, with 4,000 structures currently threatened. The fire has claimed six lives, including four residents and two involved in the firefighting efforts. Authorities stated at least 19 people have been reported missing in Shasta County, California.

The fire began on July 23rd when a vehicle suffered mechanical failure. As of now, the fire has burned 110,154 acres, scorching an area bigger than the size of Denver, Colorado. The massive blaze has been burning so intensely it has been difficult for experts to predict which way the blaze will spread. Weather experts say the fire is burning so hot that it has created its own localized water system, making pyrocumulus clouds that can be seen for miles.

According to the California Department of Forestry and Fire Protection, as of July 30, the Carr fire is 23 percent contained. More than 3,300 fire personnel are battling the flames in the triple-digit heat. Steep terrain and shifting wind conditions are making their efforts exceedingly difficult.

Despite the horrific events that are occurring in California, a two-year-old is helping as much as she can by showing kindness to local firefighters. Gracie Lutz is showing her appreciation for firefighters battling the Carr Fire. A video of the toddler has gone viral, wherein you can see her handing out burritos at the Shasta District and Event Center. According to her mother, the toddler and her family have a special connection with the individuals helping with the fire. Her uncle Cody is a Cal Fire engineer, her other uncle is a water engineer, and her grandpa Jerry Hill is a dozer operator. They are helping around the area. If videos like these doesn’t bring your faith back in humanity, I don’t know what will.

In addition to the Carr Fire, more than a dozen other large wildfires are burning through California. These fires have promoted the closure of some of the most iconic areas in California such as the Yosemite National Park, forcing residents to evacuate at a fast pace. Other California fires that have affected the state include: 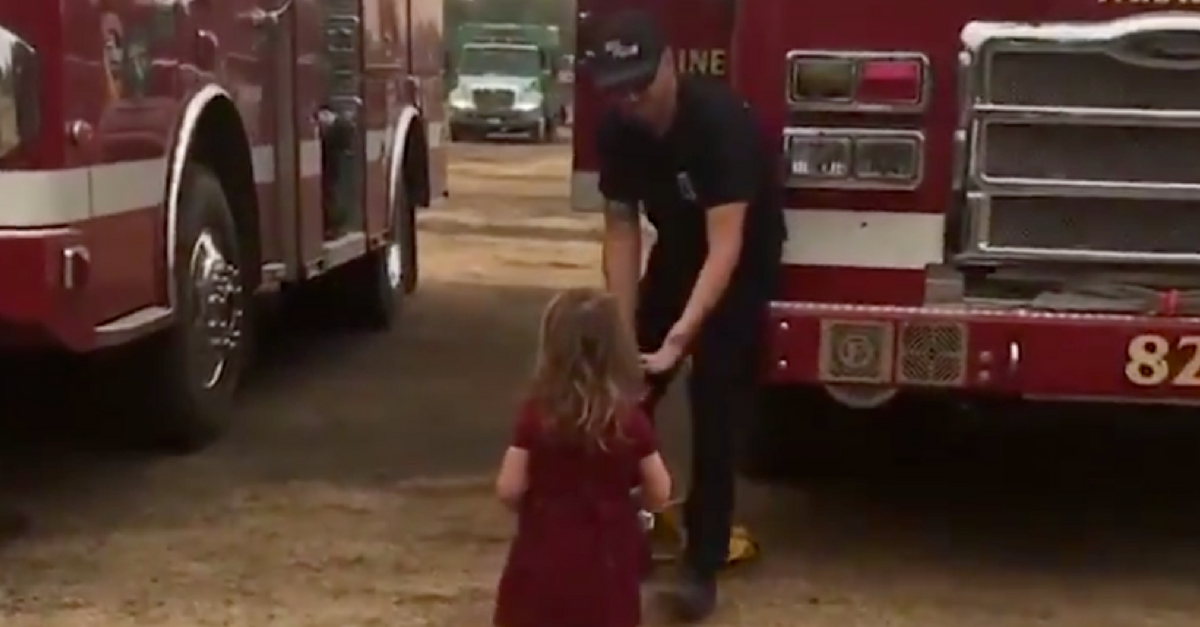