Using the Walmart App While Grocery Shopping Gets You Paid (Seriously) 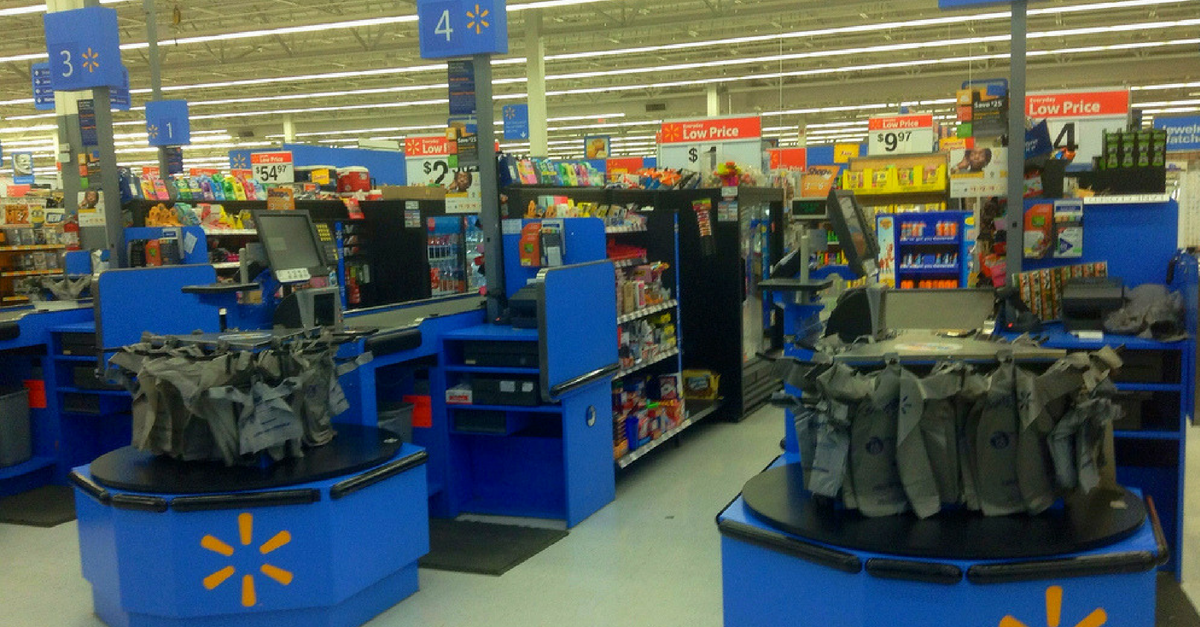 Walmart gets a bad wrap. There are grimy locations across the country that certainly live up to the megaretailer’s only slightly deserved reputation as a chain of passively attended to, fluorescent warehouses whose aisles are wandered by twitchy meth addicts and lumbering McDonald’s repositories only a generation removed, evolutionarily speaking, from a beached whale, and whose shelves are stocked from floor to ceiling with the cheapest products — in terms of price, quality, and spirituality — that capitalism has to offer.

But there are nice Walmarts too. And what major store doesn’t have gross locations? Target is just as hit or miss, and Trader Joe’s is literally Aldi’s with better branding. That’s to say nothing of all the regional grocery chains whose stores are, like Walmart, more likely to have their quality determined by location or neighborhood than brand. Really only Whole Foods has consistently nice stores, but you pay for it. (Though, presumably, Amazon is working hard to cheapen Whole Foods in both regards.)

Frankly, watching a large woman pull off her dirty pink flip-flop and spank her child with it in the aisle because the kid opened a bag of Oreos and started eating from it is worth it if it means saving a few bucks.

All of that is (a backhanded way) to say that Walmart is actually pretty great a lot of the time, and using their app when you go grocery shopping makes it even better, because doing so will give you money. Not save you money. Give you money. (Lest you think this is a promoted post, no company would ever pay someone to write those first couple of paragraphs about them.)

How to Get Money Using the Walmart App

The way a Walmart shopper can get money using the app on Android and iPhone is pretty simple and straightforward. You go shopping at Walmart, save your receipt, go home, then open the app and tap on the Services button.

Then you push the Savings Catcher button and scan your Walmart store receipt into the app. The app then compares the prices of the eligible items on your list of Walmart purchases to prices from other stores. If you paid more at Walmart than local retailers you are credited the price difference between what you paid and the lower advertised price in the form of a Walmart eGift Card.

(If you also use Walmart Pay you can transfer your electronic Walmart receipt over to the Walmart Savings Catcher.)

There are a few caveats to the whole free money thing. Walmart only does this with groceries, “consumables” like paper towels, and health and beauty products. Basically your typical grocery store items. Also, these have to be in-store purchases. If you want a deal on a flat screen TV or an iPad you’re going to have to do that bargain hunting yourself.

Furthermore, customers are allowed to scan only 7 Walmart receipts per week into Savings Catcher, so it’s best to use your big grocery shopping trip receipts if you frequent the store.

Basically, it’s the same low prices, price matching deal Walmart has always had, but now instead of forcing some poor cashier to go line by line through your receipt and a newspaper ad from some local competitor to see if Huckleberry Market actually does have lower prices, computers do all the checking. No human interaction required. As God intended.