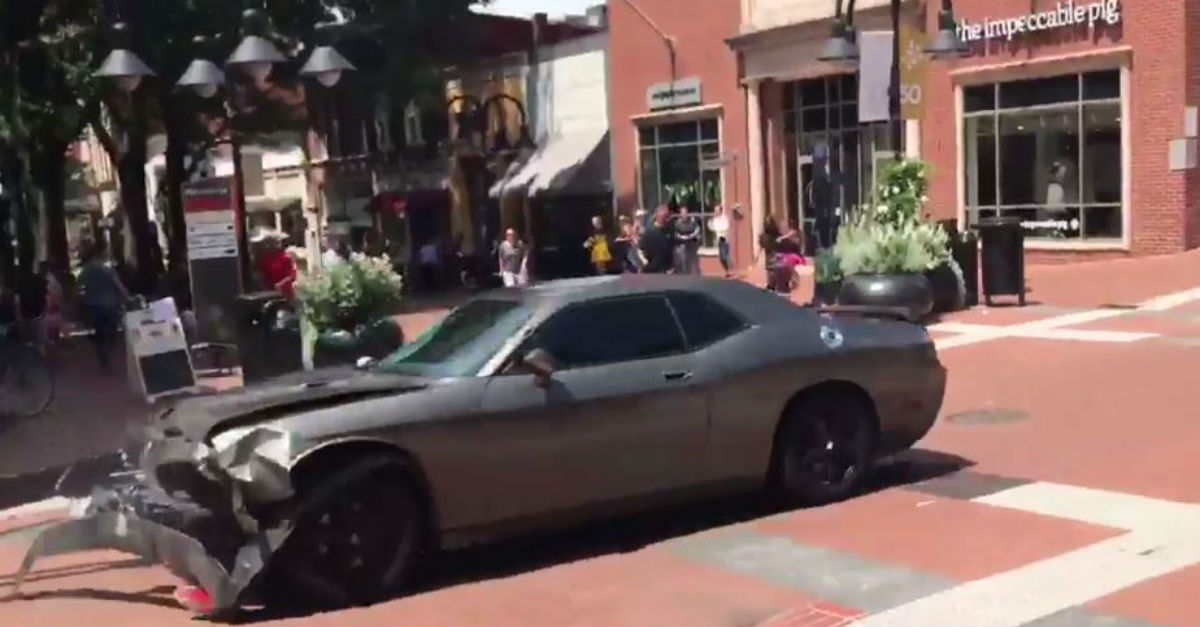 UPDATE: According to the Associated Press, a hospital official said one person is dead and 19 people are injured after a car plowed into a group of protesters in downtown Charlottesville.

The gathering of white supremacists and neo-Nazis in Charlottesville, Virginia, has had the city on edge for the past few days.

RELATED: A “state of emergency” has been declared in Charlottesville as the “Unite the Right” rally descends into chaos

The rally-goers were fringe alt-right groups, but a number of notable white supremacists including David Duke and Richard Spencer were at the event. After calls for him to speak out, President Donald Trump responded to the situation via Twitter.

We ALL must be united & condemn all that hate stands for. There is no place for this kind of violence in America. Lets come together as one!

Am in Bedminster for meetings & press conference on V.A. & all that we have done, and are doing, to make it better-but Charlottesville sad!

Charlottesville police told The Washington Post that at least three cars were involved in the incident. In the video, the car plowed into the protesters then backed up and drove into them again.