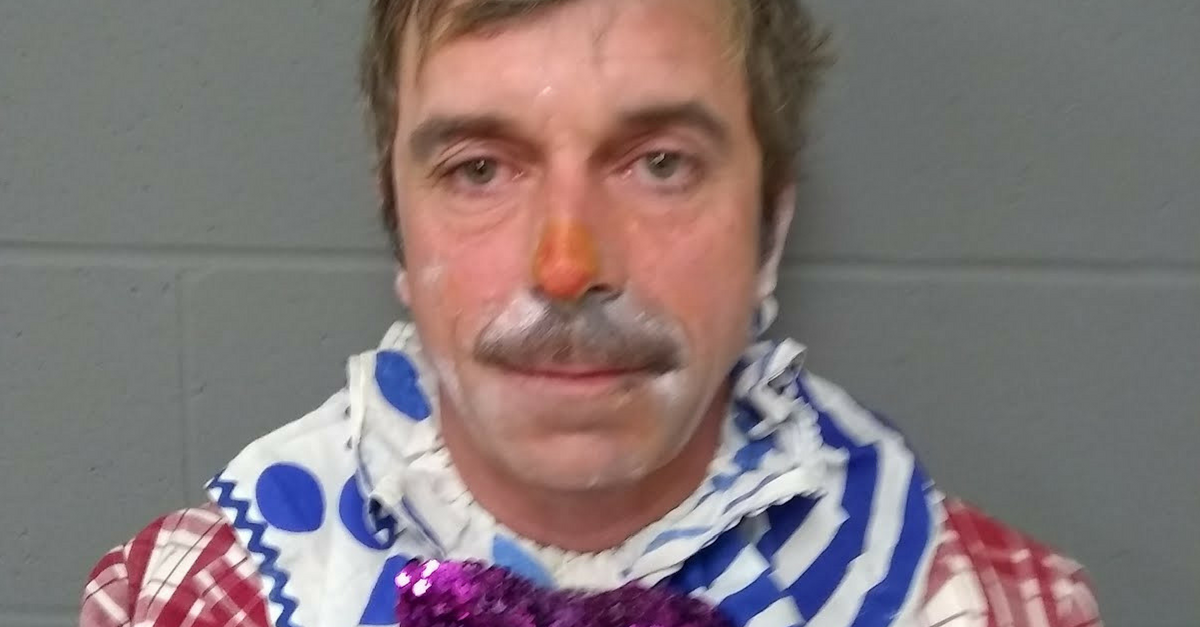 A Vermont man dressed as a clown was arrested on Sunday after a teenager came home that night to discover him sleeping in his bed.

The teen notified police of the unknown, sleeping man at about 3:30 a.m. Officers responded to the call and arrived at the scene to find Sean Barber, 43, intoxicated and sleeping in an upstairs bedroom of the home. He was also found to be in possession of cocaine, according to police.

RELATED: Mom tucks in drunk, naked man thinking he was her son, and it only got funnier from there

Barber was booked with the remnants of his clown makeup lingering on his face.

Police took him to the Southern State Correctional Facility, where he was held until sober. He was charged with unlawful trespass and possession of cocaine and has a December 5 court date.

RELATED: “Exorcist” nurse allegedly yells “I revoke you demons” at dying inmate, is in a hellish spot