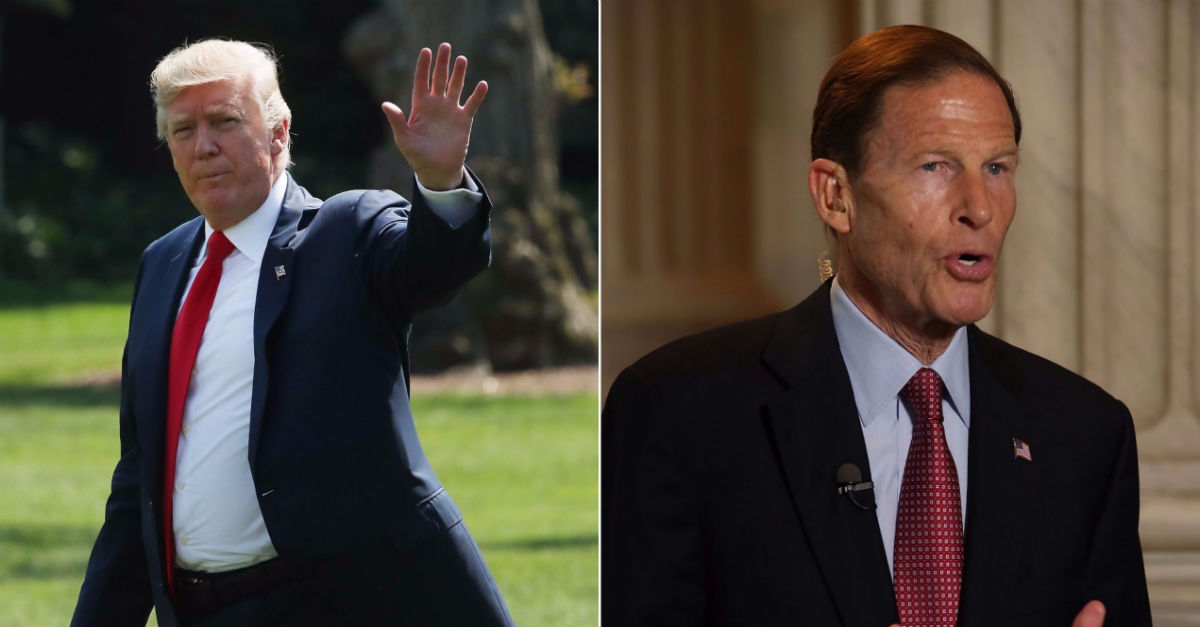 This wouldn’t be the first time President Trump used the Vietnam War to criticize a political opponent. On Monday morning, Trump tweeted about Sen. Richard Blumenthal (D-N.Y.) after Blumenthal appeared on CNN’s “New Day” to speak about various political topics.

Trump called Blumenthal a “phony Vietnam con artist” and a liar after the senator spoke about collusion between the administration and the Russian government:

Interesting to watch Senator Richard Blumenthal of Connecticut talking about hoax Russian collusion when he was a phony Vietnam con artist!

Never in U.S.history has anyone lied or defrauded voters like Senator Richard Blumenthal. He told stories about his Vietnam battles and….

…conquests, how brave he was, and it was all a lie. He cried like a baby and begged for forgiveness like a child. Now he judges collusion?

RELATED: “Morning Joe” hosts “Felony Friday” after a grand jury was announced for the Russia investigation

Blumenthal called Trump a bully in his response:

Mr. President: Your bullying hasn't worked before and it won't work now. No one is above the law.

This issue isn't about me – it's about the Special Counsel's independence and integrity.

According to the New York Post, the president is not the first to question the extent of Blumenthal’s service during the Vietnam War.

Though the senator initially said that he served in the conflict, it was soon discovered that he received several deferments. Blumenthal’s story was later clarified, showing that he actually served in the Marine Corps Reserve in the 1970s, around the same time of the war.

While reactions to Trump’s words against Blumenthal appear to be less fervent than the reactions to Trump’s criticism of Sen. John McCain’s prisoner of war status, many are still quick to point out that Trump himself avoided the draft with five deferments, including one after his doctor determined he had (treatable) heel spurs.