Menu
Follow us
Search
Menu
Search
President Barack Obama shakes hands with Former President George W. Bush after Obama spoke to a large crowd near the Edmund Pettus Bridge, Saturday, March 7, 2015, in Selma, Ala. This weekend marks the 50th anniversary of "Bloody Sunday,' a civil rights march in which protestors were beaten, trampled and tear-gassed by police at the Edmund Pettus Bridge, in Selma. (AP Photo/Gerald Herbert)

Another former president is congratulating Donald Trump on winning the race for the White House.

George W. Bush said in a statement that he called Trump Wednesday. He said he and his wife, Laura, wished the president-elect and his family “[their] very best as they take on an awesome responsibility.”

RELATED: Donald Trump responds to George Bush not voting for him

A spokesman said Bush and his wife didn’t vote for Trump when casting early ballots for Tuesday’s election. 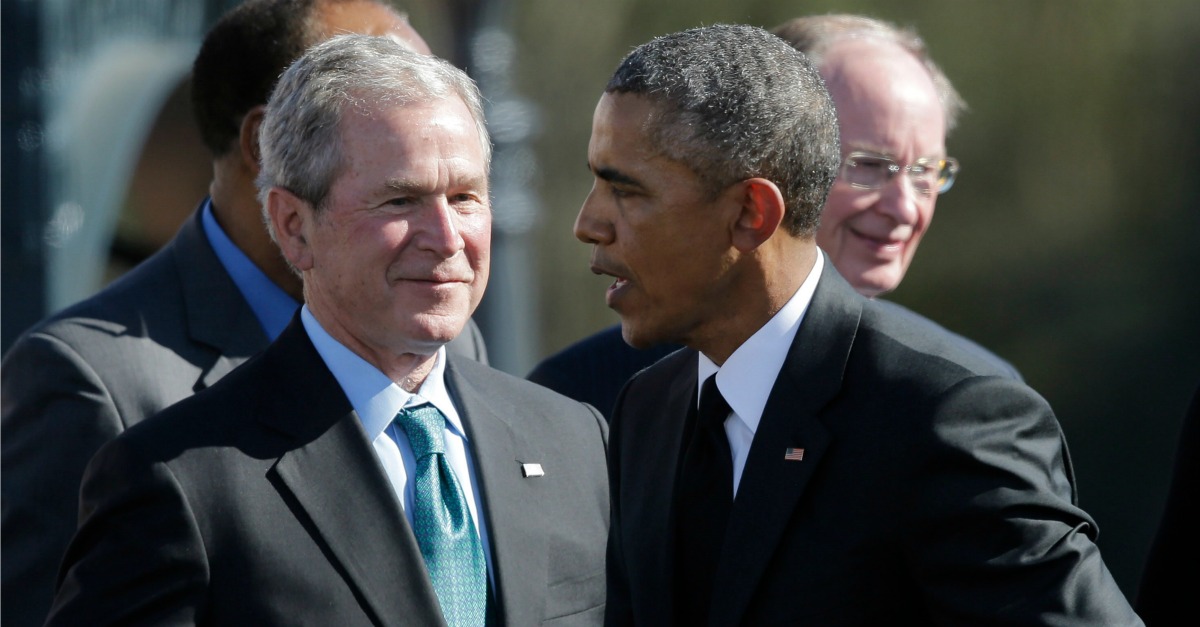