Even though he’s a match, past mistakes prevent a dad from donating a kidney to his son 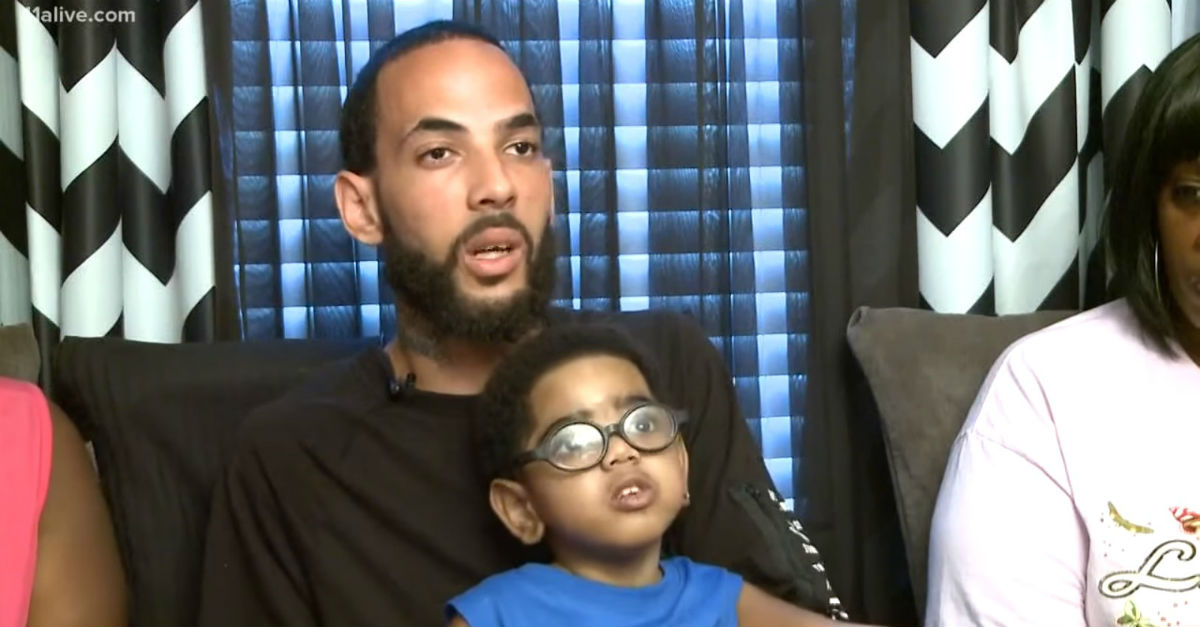 A Georgia man’s criminal history is currently being used to prevent him from donating a kidney to his son, a life-saving treatment for the toddler.

Anthony Dickerson’s 2-year-old son, AJ Burgess, was born prematurely without a functioning kidney. He currently weighs 25 pounds, is in and out of the hospital, and even suffered a stroke in two months ago. Though Dickerson is a perfect match to donate a kidney to his son, Emory Hospital has since cited his most recent parole violation as the reason why he cannot donate a kidney to his son anytime soon.

RELATED: More than a 100 people gather together to take a knee and support Colin Kaepernick

The hospital reportedly sent a letter while Dickerson was in Gwinnett County Jail, saying “Mr. Dickerson is currently in custody for a parole violation. If Mr. Dickerson could be escorted to Emory for blood work and a pre-operative appointment tomorrow, September 29, we will be able to continue with the scheduled surgery.” In October, Dickerson was charged with possession of a firearm and rearrested for violating his probation. Emory Hospital has since asked Dickerson to provide “evidence of compliance from his parole officer for the next three months.” The change means that the hospital won’t reevaluate Dickerson until January 2018, a date the family fears will be too late for the child.

“Emory Healthcare is committed to the highest quality of care for its patients. Guidelines for organ transplantation are designed to maximize the chance of success for organ recipients and minimize risk for living donors,” the hospital wrote in a statement.

“He’s only two,” pleaded Carmella Burgess, the child’s mother. She said that her son didn’t deserve to go through such a wait. She’s set up a GoFundMe in the meantime, which has already surpassed its initial goal of $1,000.