Federal prosecutors announce what sentence they will seek for the man charged with attacking Sen. Rand Paul 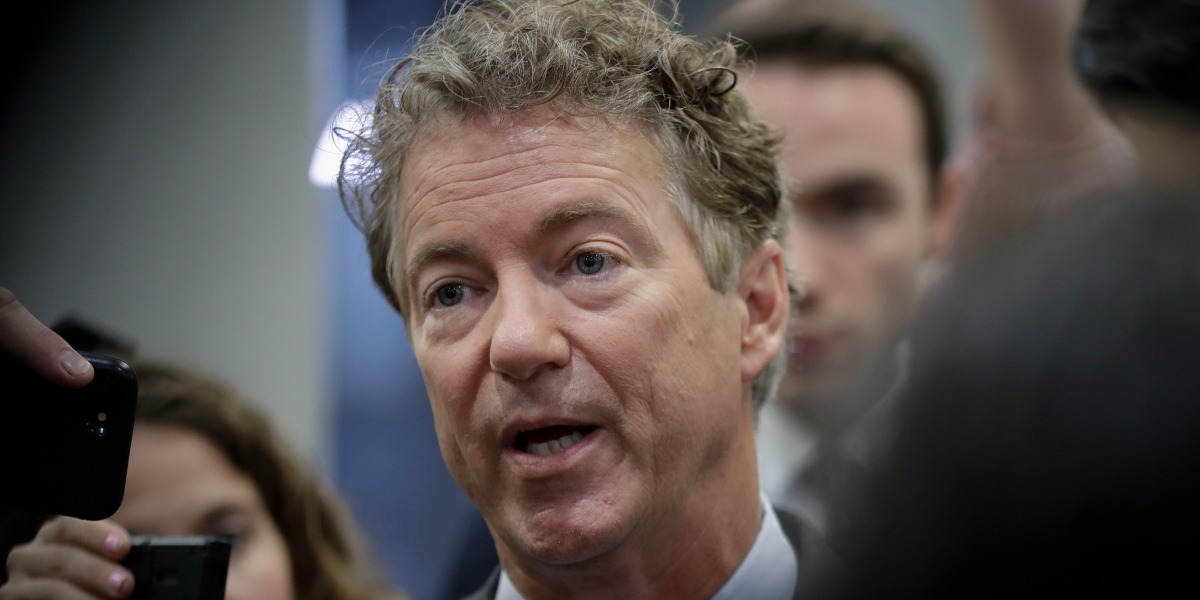 AP Photo/J. Scott Applewhite
Sen. Rand Paul, R-Ky., speaks to reporters at the Capitol after Republicans released their long-awaited bill to scuttle much of President Barack Obama's Affordable Care Act, at the Capitol in Washington, Thursday, June 22, 2017. He is one of four GOP senators to say they are opposed it but are open to negotiations, which could put the measure in immediate jeopardy. (AP Photo/J. Scott Applewhite) )

Federal prosecutors announced Monday that they will seek a 21-month prison sentence for Rene Boucher, the man accused of assaulting Sen. Rand Paul (R-Ky.) in his yard on November 3.

Court documents reportedly show that Boucher had ?had enough? after seeing Paul stack more brush into a pile while doing yard work.

Boucher, who says the attack was not politically motivated, is charged with assaulting a member of Congress.

He has since signed a federal plea agreement, but as of yet no date is currently set for his guilty plea for the attack on Paul, according to U.S. attorney for the Southern District of Indiana Josh J. Minkler.

?Just as we are committed to protecting the American people, the FBI will not tolerate violence directed against members of Congress,? Special Agent in Charge Amy S. Hess said in a statement. ?Those who choose to assault any federal official are certain to face serious consequences.?

Boucher previously pleaded not guilty to a misdemeanor assault charge in November.

RELATED: Senators strike a deal, and the government is up and running again ? for now

Prosecutors typically recommend an almost two-year prison sentence for the charge, but Boucher’s attorney, Matt Baker, plans to argue that his client should not have to serve any jail time. Baker argued that Boucher is “a good and a decent person” who made a “big mistake.”

“Everyone needs to remember, first and foremost, that this is a dispute between two neighbors,” Baker told The Chicago Tribune in a phone interview.

“It was not and has never been politically motivated. And if this very same incident had occurred between two private persons, neither of whom were a congressman or a senator, we wouldn’t be in federal court.”

According to Baker, Boucher is “very meticulous” about yard maintenance, while Paul has “a much different approach” to yard work.

In his first interview since the attack, Paul opened up about the assault.

?From my perspective, I?m not really too concerned about what someone?s motive is,? Paul told the Washington Examiner in November. ?I?m just concerned that I was attacked from the back and somebody broke six of my ribs and gave me a damaged lung where at least for now I have trouble speaking and breathing and now I?ve hurt for 10 days.?

?Really if you told me he was doing it for some noble cause to feed starving children somewhere, there is no motive,? he said. ?There is no motive that would justify hitting somebody from behind and breaking their ribs and damaging their lungs, so no, there is no justification for something like that.?

Paul noted then that he hasn?t spoken to Boucher in approximately ten years. ?My first encounter was basically being hit in the back,? he said. ?We?ve never had words over anything, we?ve never had a dispute or discussion or words.?

Paul?s recovery was difficult, as he suffered six broken ribs and fluid build up as a result of the attack.

The felony charge could come with up to ten years in prison and a fine of up to $250,000, Assistant U.S. Attorney Bradley P. Shepard said in January.