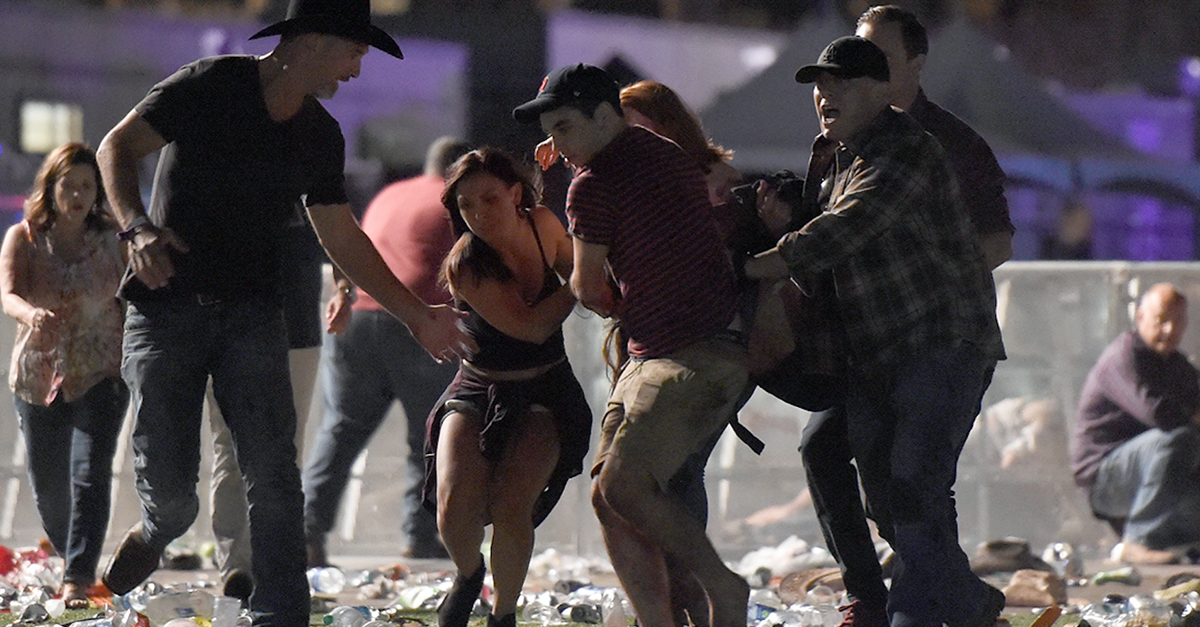 The Associated Press and New York Times have confirmed that shots rang out in Las Vegas on Sunday night. Police scanner audio and images from the scene indicate that an incident occurred in and around the Mandalay Bay Hotel and Casino and the Route 91 Harvest Festival.

Among the people on the scene was noted social media user Dan Bilzerian, who posted a video of him running away from what seemed be gunshots.

“Holy fuck, this girl just got shot in the fucking head,” Bilzerian said on his Instagram story. Bilzerian later indicated that he was returning to the scene with a firearm. “So fucking crazy … So I had to go grab a gun, I’m fucking heading back … Some kind of mass shooting … Guy had a heavy caliber weapon for sure … Saw a girl fucking get shot in the face right next to me, her brains fucking hanging out.”

Dan Bilzerian, running from shooter at concert in Las Vegas, says “a girl just got shot in the f*cking head.” pic.twitter.com/5nWkg14wze

Shooting at Route 91 concert. I was fortunate enough to get away safely. We hid in a metal building while shots hit the building. Very sad pic.twitter.com/YoJ5BIhBmL