In early October an Alabama teenager was sent to the hospital with lacerations after police say he was beaten by some peers.

Four teenagers and young adults were arrested in connection with the assault and police are trying to figure out what exactly caused the dispute that led to the fight.

Though it’s unclear at this time exactly what sparked the fight, the victim’s mother claimed that her son told the alleged perpetrators that “blue lives matter” after one of them wore a “Black Lives Matter” shirt. Police say that it could have been sparked by a social media post.

After her son, 17 year old Brian Ogle, was admitted to the hospital, his mother gave a teary interview with WBRC-TV where she said that she should be planning her son’s birthday, but is instead tending to his wounds.

“Instead of us planning for his 18th birthday, we’re here. Why? Because he made a statement that he backs the blue? I’m still trying to understand how someone, no matter the color of their skin, can do this to another human being,” Brandi Allen said.

“I don’t wish any harm on anyone’s child. I would like for them to have to look at my child right now. I don’t want any other mother to have to go through what I went through these past few days.” 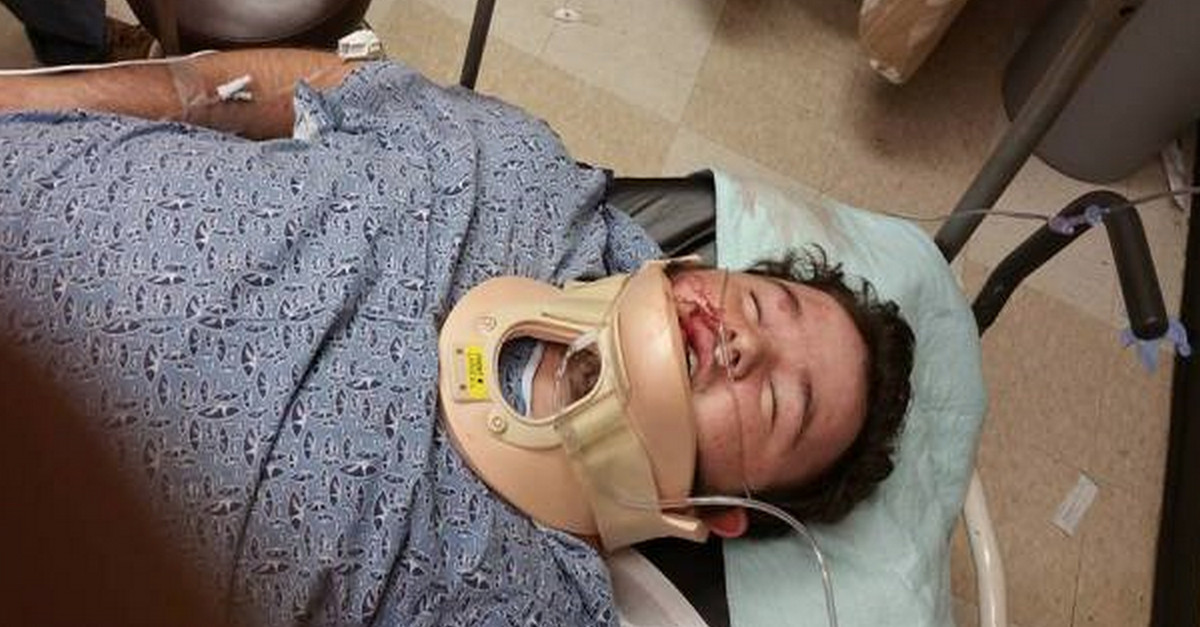