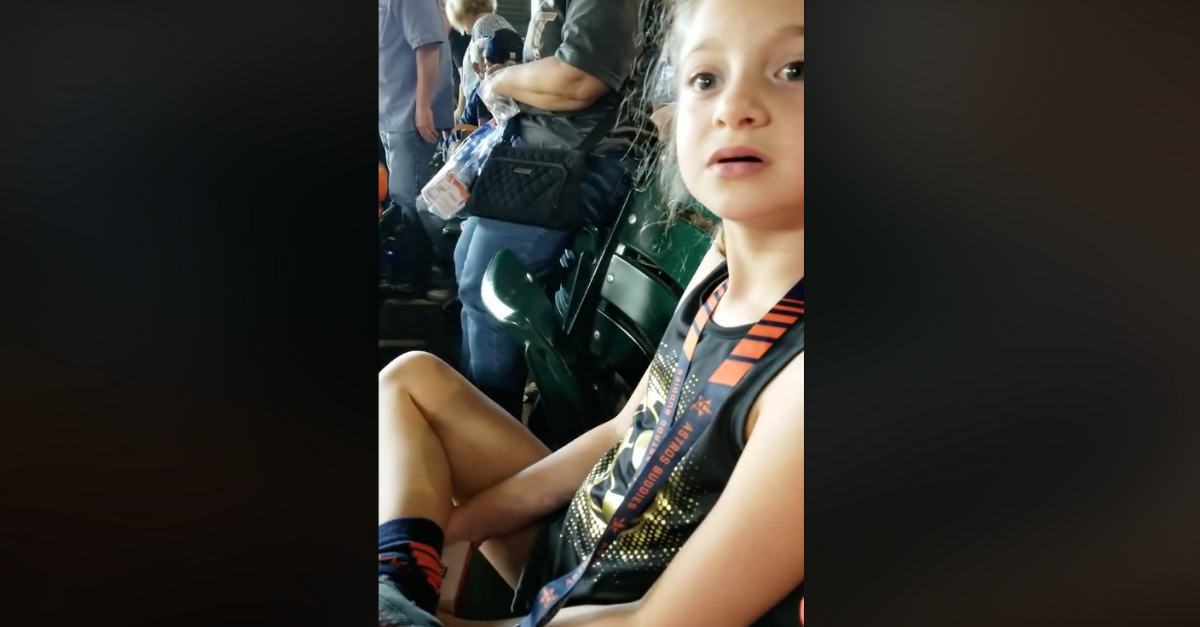 The Houston Astros‘ biggest little fan found herself being shamed for cheering for her favorite baseball team… at the stadium said baseball team plays in… by another Astros fan. Wut?

Yeah, apparently one Astros fan at Minute Maid Park was there to cheer on the Astros, but not too much. So when 8-year-old Chloe was sitting in her seat at Minute Maid Park, at her third game that week, and cheering on her Stros, she was both surprised and distraught to have a woman turn around and tell her to shut it. Chloe’s mother caught the exchange on video and posted it to Facebook.

As if it weren’t bad enough to tell some 8-year-old you don’t know to be quiet at a baseball game, it turns out that Chloe also has Disruptive Mood Dysregulation Disorder, which her mother says, “pretty much means she cant comprehending emotions greater than that of a toddlers emotions.”

It didn’t take long for the post to go viral and catch the attention of Houston Astros players who, like the champions they are, stepped up by offering Chloe both support and playoff tickets.

Chloe, don’t you EVER stop cheering! I would love for you to cheer us on, as LOUD as you can, during ALDS game 1 in MMP! I would be honored to leave you a ticket! @astros https://t.co/qrORuFeF9I

Don’t let anybody tell you to stop cheering! If they don’t like it then they can go home. 💪🏻💪🏻 https://t.co/CULgNYa3Gn

Chloe please cheer at the games as loud as you can, and if anyone tells you to stop cheer louder. https://t.co/RjjfjoZ5Zu

Hooray! A happy ending! Or is it? What of this grumpy, game-ruining lady? Is it enough for her to simply see the way this story unfolded and realize she was wrong? No. No it’s not. We need to demonstrate to her what a terrible fan to sit behind really looks like. Get her Phillies tickets. In the bleachers or the upper deck. For whatever game that stadium is selling beer for the cheapest. After a night of fist fights, vomiting, half-finished up the pant leg of cargo shorts hand jobs, language that would disgust Quentin Tarantino, and probably also a lot of cheesesteak and beer farts, she’ll know. She’ll understand that the ringing voice of a loyal little girl isn’t a nuisance. It’s music.