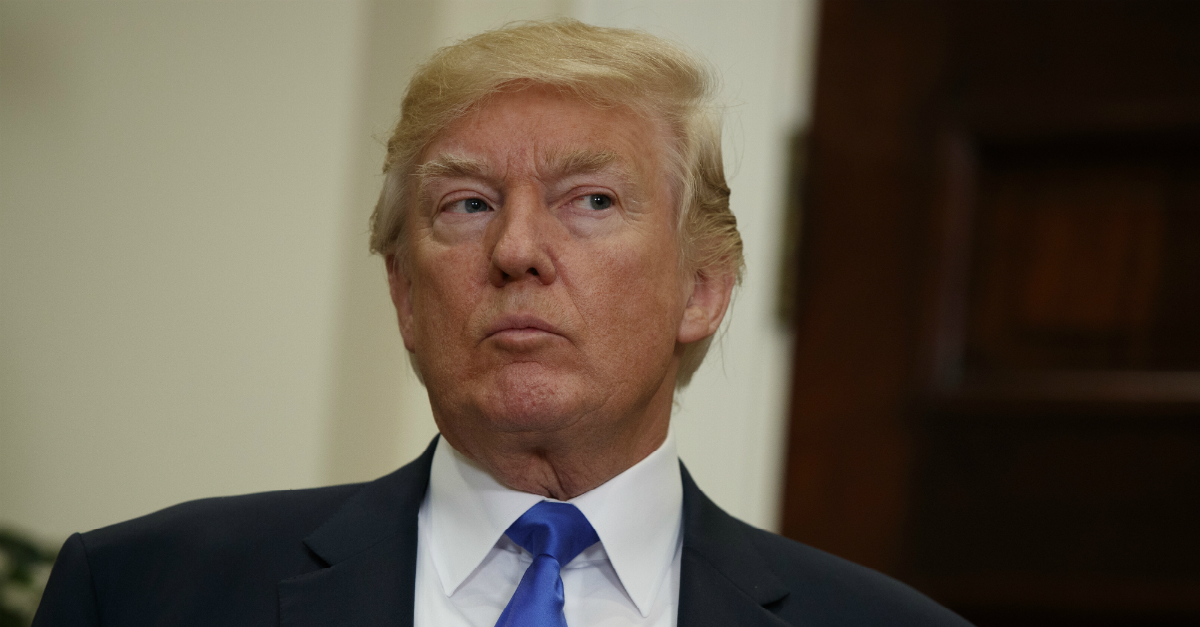 On Friday morning in Washington, D.C., just before breakfast turned into lunch-time, retired General Michael Flynn pleaded guilty to lying to the F.B.I. Flynn, who was an early fan of President Donald Trump struck a plea deal with special counsel Robert Mueller.

He agreed to testify against President Donald Trump in his deal.

On ABC, Brian Ross explained what Flynn is prepared to do.

“He has promised full cooperation to the Mueller team,” Ross said on Friday. “He is prepared to testify that President Trump…ordered and directed him to make contacts with the Russian.”

According to Ross, Flynn made the decision to do this in the last 24 hours and felt that by doing so, he was putting his country first.

The Associated Press has confirmed that Flynn admitted in his plea that “Trump transition officials directed his contacts with the Russians.” Flynn’s improper contact with Russia before President Donald Trump took the oath of office has been under public scrutiny for some time. Flynn resigned his position as Trump’s national security advisor in February 2017.

In the days after President Barack Obama signed legislation sanctioning Russia for interfering with the 2016 presidential election, the Russian ambassador contacted Flynn, according to court documents.

The next day, Flynn contacted a senior official with the transition team, who was with other members of the team at Trump?s Mar-A-Lago resort Dec. 29, 2016, to find out if there was anything the team wanted to communicate with the Russian diplomat.

Flynn discussed the sanctions, the impact of them and not wanting to escalate them with the transition team official. Immediately after this conversation, Flynn called the Russian official and asked that Russia not escalate the situation. Flynn then contacted the Trump team official to report the substance of the discussion.

A day later, Russian President Vladimir Putin said they would not retaliate in response to the sanctions. The ambassador called Flynn to let him know Dec. 31, 2016.

Prior to the announcement of Flynn’s testimony, house Rep. Al Green, D-Texas, said that he would attempt to vote to impeach President Donald Trump within the week.

The Cox National Content Desk contributed to this report.