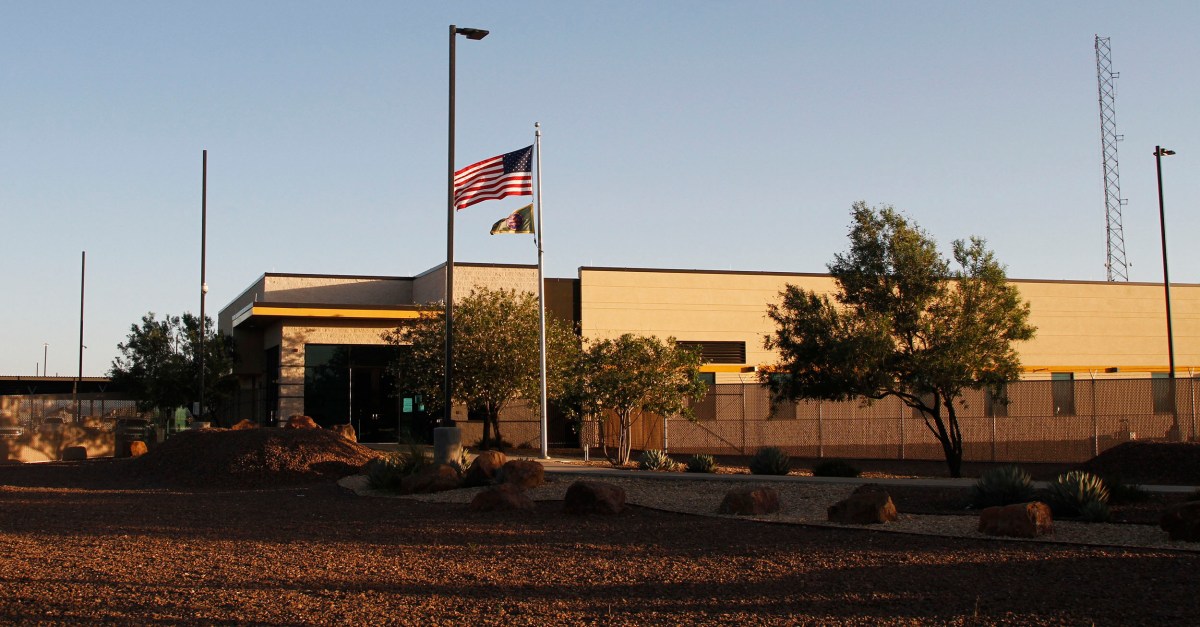 The U.S. government has removed most children from a remote Border Patrol station in Texas near the border with Mexico following reports that more than 300 children were detained there and caring for each other with inadequate food, water and sanitation.

Only about 30 children remained at the station outside El Paso on Monday, Rep. Veronica Escobar said after her office was briefed on the situation by a U.S. Customs and Border Protection official.

Most of the infants, toddlers and teens who were held at the Border Patrol station in Clint, Texas, were scheduled to be transferred by Tuesday to shelters and other facilities run by a separate federal agency, the Office of Refugee Resettlement said.

Attorneys involved in monitoring care for migrant children who visited Clint last week said older children were trying to take care of toddlers, The Associated Press reported Thursday. They described a 4-year-old with matted hair who had gone without a shower for days, and hungry, inconsolable children struggling to soothe one another. Some had been locked for three weeks inside the facility, where 15 children were sick with the flu and another 10 were in medical quarantine.

“How is it possible that you both were unaware of the inhumane conditions for children, especially tender-age children at the Clint Station?” Escobar, a Democrat, said in a letter sent Friday to U.S. Customs and Border Protection acting commissioner John Sanders and U.S. Border Patrol chief Carla Provost.

Escobar asked to be informed by the end of this week what steps the officials are taking to end what she called “these humanitarian abuses.”

Lawmakers from both parties decried the situation last week.

Border Patrol officials have not responded to AP’s questions about the conditions at the Clint facility, but emailed a statement Monday that said: “Our short-term holding facilities were not designed to hold vulnerable populations and we urgently need additional humanitarian funding to manage this crisis.”

Although it’s unclear where all the children held at Clint were moved, Escobar said some were sent to another facility on the north side of El Paso called Border Patrol Station 1. Escobar said it’s a temporary site with roll-out mattresses, showers, medical facilities and air conditioning.

But Clara Long, an attorney who interviewed children at Border Patrol Station 1 last week, said conditions were not necessarily better there.

“One boy I spoke with said his family didn’t get mattresses or blankets for the first two nights, and he and his mom came down with a fever,” said Long, a senior researcher with Human Rights Watch. “He said there were no toothbrushes, and it was very, very cold.”

Vice President Mike Pence, asked about the unsafe, unsanitary conditions for the children on “Face the Nation” on Sunday, said “it’s totally unacceptable” and added that he hopes Congress will allocate more resources to border security.

Long and a group of lawyers inspected the facilities because they are involved in the Flores settlement, a Clinton-era legal agreement that governs detention conditions for migrant children and families. The lawyers negotiated access to the Clint facility with officials and say Border Patrol knew the dates of their visit three weeks in advance.

Many children interviewed had arrived alone at the U.S.-Mexico border, but some had been separated from their parents or other adult caregivers including aunts and uncles, the attorneys said.

Government facilities are overcrowded and five immigrant children have died since late last year after being detained by Customs and Border Protection. Two weeks ago, a teenage mother with a premature baby was found in a Border Patrol processing center in McAllen, Texas after being held for nine days by the government.

Government rules call for children to be held by the Border Patrol in their short-term stations for no longer than 72 hours before they are transferred to the custody of the U.S. Department of Health and Human Services, which houses migrant youth in facilities around the country through its Office of Refugee Resettlement while authorities determine if they can be released to relatives or family friends.

Customs and Border Protection referred AP’s questions about the Clint Facility to the Office of Refugee Resettlement, which said Monday that 249 children previously held in Clint would be moved to the agency’s network of shelters and other facilities by Tuesday.

“(Unaccompanied children) are waiting too long in CBP facilities that are not designed to care for children,” ORR spokeswoman Evelyn Stauffer said. “These children should now all be in HHS care as of Tuesday.”