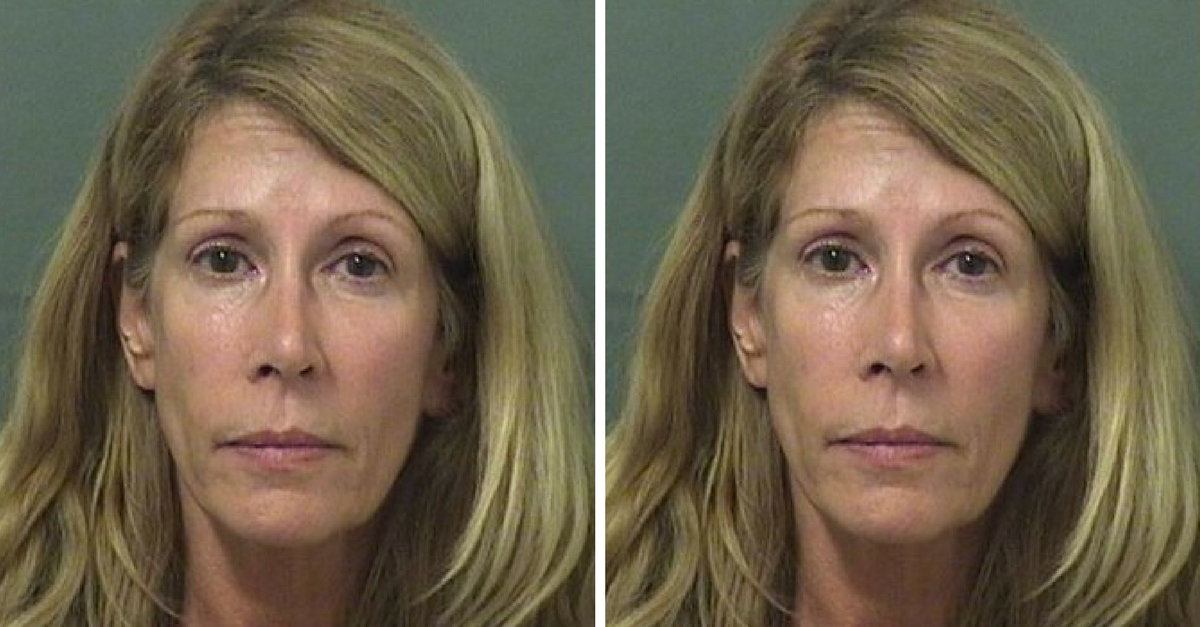 A Jupiter, Fla., woman is facing a felony charge after she allegedly tried to run over her daughter’s husband with her Mercedes-Benz, according to an arrest report.

Kathleen Regina Davis, 58, admitted to Palm Beach Gardens police she had an affair with the 33-year-old man while he was also in a relationship her daughter, the report said. Davis said the man ruined her relationship with her daughter after he told her of the affair.

RELATED: High school football coach’s wife admits to having sex with one of the team’s players

That led Davis on Sept. 20 to the man’s house, where she allegedly tossed several eggs at his residence and vehicles. When police arrived, they saw Davis driving in circles in the front yard of the house, attempting to hit the man with her Mercedes.

The man told police he was nearly hit by Davis’ vehicle multiple times. Davis told officers she wanted to run the man over and wanted him to die.

RELATED: Neighbor is charged after the brutal murder of a 12-year-old girl

The police report refers to the man’s relationship as an ex-boyfriend of Davis’ daughter. But records show that the man and Davis’ daughter are married. The couple is in the midst of divorce proceedings, according to records.

Davis is facing a charge of aggravated assault with a deadly weapon without intent to kill and was released from the Palm Beach County Jail on Sept. 22, after posting a $3,000 bond.