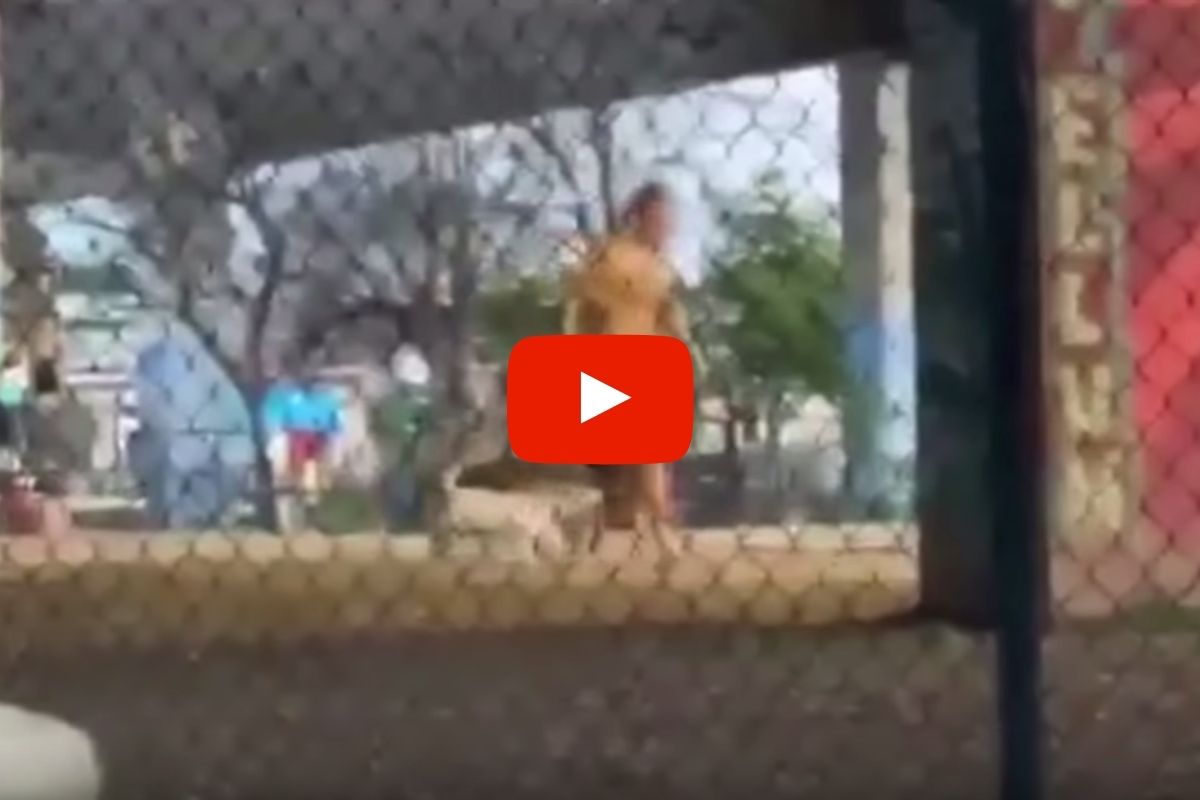 You can’t make this stuff up. A photo of an Arlington, Texas man popped up on social media this week and left little to the imagination. The man, baring only a gold speedo style swimsuit, dosed himself in peanut butter and walked into the gated enclosure of a Deep Ellum dog park in the name of fantasy football.

Steven Shrout had never played in a fantasy football league until this past year. He decided to join a 12-team league with his high school friends who have been playing since 2009. If you’ve never played, Fantasy Football is a mostly online game where you are the virtual owner of a professional football team. You draft the players you want, and how they do in the real game translates to how many points you receive. Some leagues even allow you to win cold, hard, cash for your picks. And some leagues, like the one Steven was in, ruled that the worst record holder either had to pay the winner additional cash or perform a humiliating stunt. Steven chose the latter.

The league decided that Steven would have to stand in the middle of a Dallas dog park for ten minutes while wearing a gold speedo and covered in creamy JIF peanut butter.

The Texas man said, “It wasn’t a big challenge” and covered himself in three jars of JIF as his friend’s watched and took some videos. “My strategy was to do it as fast as possible, and hope that not many people would see me,” Steven shared with WFAA. However, it’s hard to miss a nearly naked man walking around the dog park drenched in every dog’s favorite treat. “There was a couple who walked by me down the sidewalk, they both said ‘EWW’ and walked by so fast after that.”

The dog owners found themselves speechless, however, that’s nothing compared to the social media viral storm Steven set off. “I think my favorite comment was, ‘Lost bet equals “This is my kinky fetish,”‘ and I said, ‘Absolutely not.’ That made me laugh really hard.”

A lot of people are asking if he’ll play fantasy football again. “I will, but probably not with the same guys,” Steven shares with a laugh.

Editor’s note: This article was originally published on February 22, 2019.