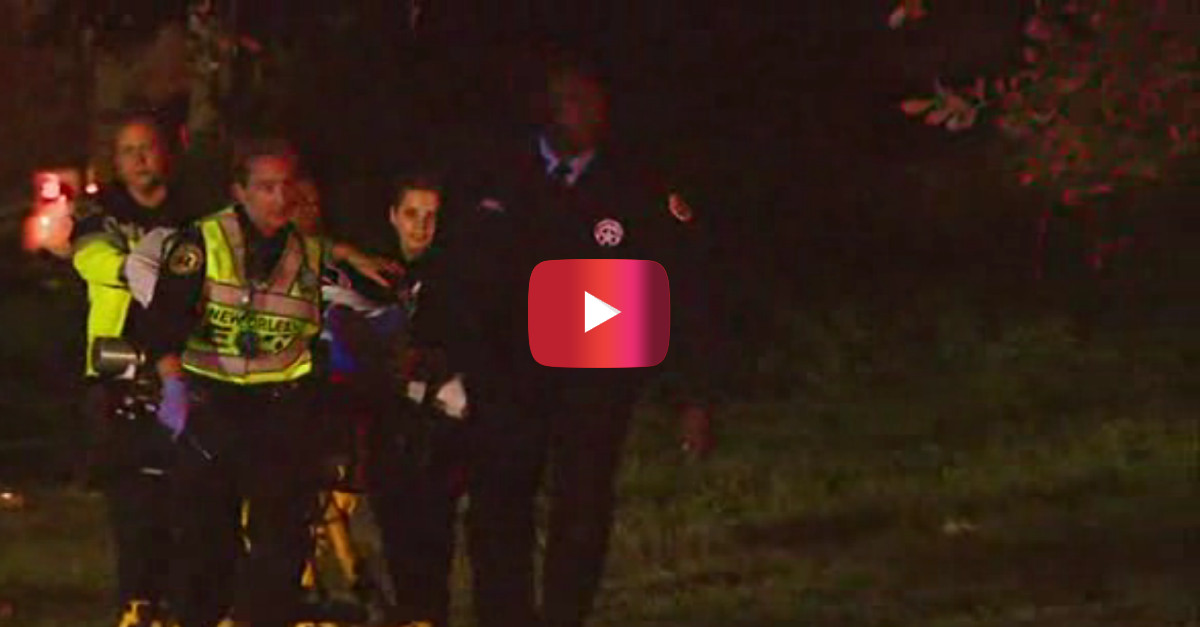 More than a dozen people were hospitalized in New Orleans Sunday after a music video shoot during a block party turned violent.

WWL reports 500 people were at a playground when a gun battle broke out around 6:15 p.m. Officers were already a few blocks away and headed to the scene to break up the block party when the first shots were fired. Victims were suffering from direct or graze gunshot wounds, and 16 people were sent to local hospitals.

The shooters managed to escape.

“At the end of the day it?s really hard to police against a bunch of guys who decide to pull out guns and settle disputes with 300 people between them,” Mayor Mitch Landrieu said.

Reuters reports not much is known about a possible motive for the shootings, including whether it was gang-involved.

“We know, by speaking with some of the victims, that there were two groups of people shooting at each other,” New Orleans police spokesman Tyler Gamble said.