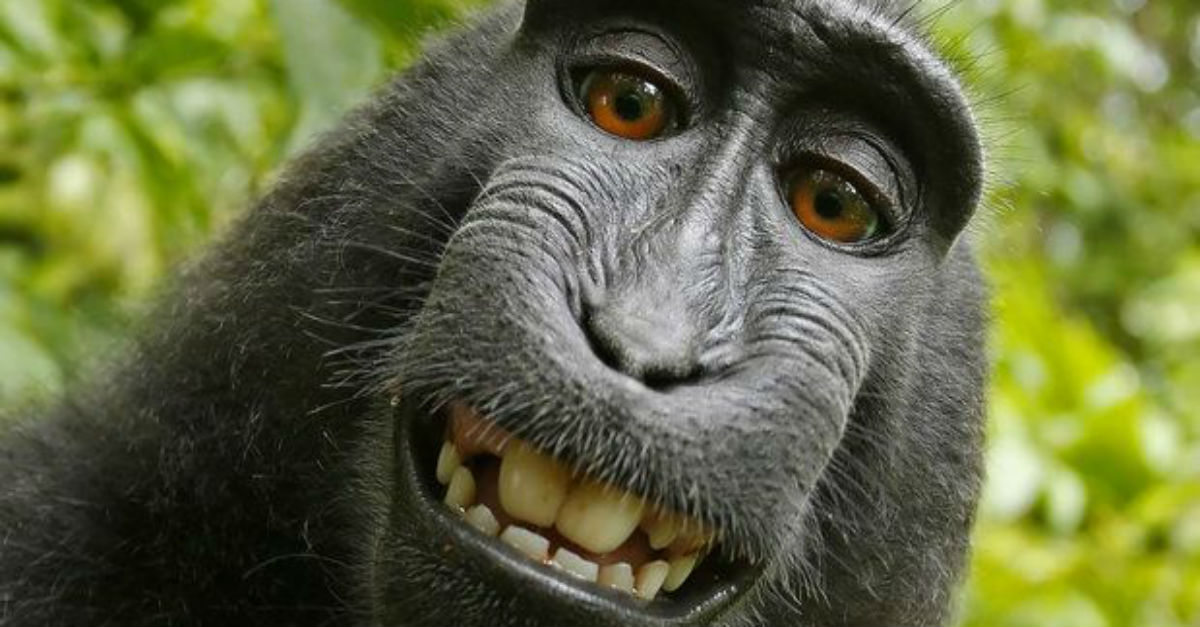 In what has to be one of the most ridiculous federal court cases in recent memory, three judges in San Francisco are trying to figure out if a monkey can own the rights to a photograph. A 45-minute hearing pitted the People for the Ethical Treatment of Animals (or PETA) against an attorney for British photographer David Slater. The Associated Press reported that the judges couldn’t help but chuckle at some moments during the hearing.

Slater published a book entitled “Wildlife Personalities,” in which the 2011 monkey selfie appeared. The animal that snapped the picture is far, far away in the Indonesian of Sulawesi and has no idea that his photography skills are the subject of a lawsuit. PETA is arguing that the proceeds from the photos, which were taken in a wildlife reserve, should “benefit the monkey.”

The case is being heard in an appeals court after a federal judge ruled against PETA last year, saying that copyright protection doesn’t extend to animals. Slater’s attorney called the suit a “publicity stunt” and joked that the monkey should have appeared in court, saying, “It’s like he doesn’t care.”

The Guardian reports that Slater is in a tough financial situation and couldn’t even afford airfare to California to be present at the hearing. He says that the monkey shouldn’t get all the credit, telling the British paper, “It required a lot of knowledge on my behalf, a lot of perseverance, sweat and anguish and all that stuff.”

A fair point. The monkey is also a monkey that has no idea what the concept of money is, so there’s that to consider. The wildlife photographer even said that he’s considering dog walking to pay his bills.

This story was originally published July 13, 2017.

Watch: A group of crazy and hungry monkeys invade Florida man’s backyard and eat 250 pounds of his deer food