Phil Robertson is annoyed that Americans are losing their morality 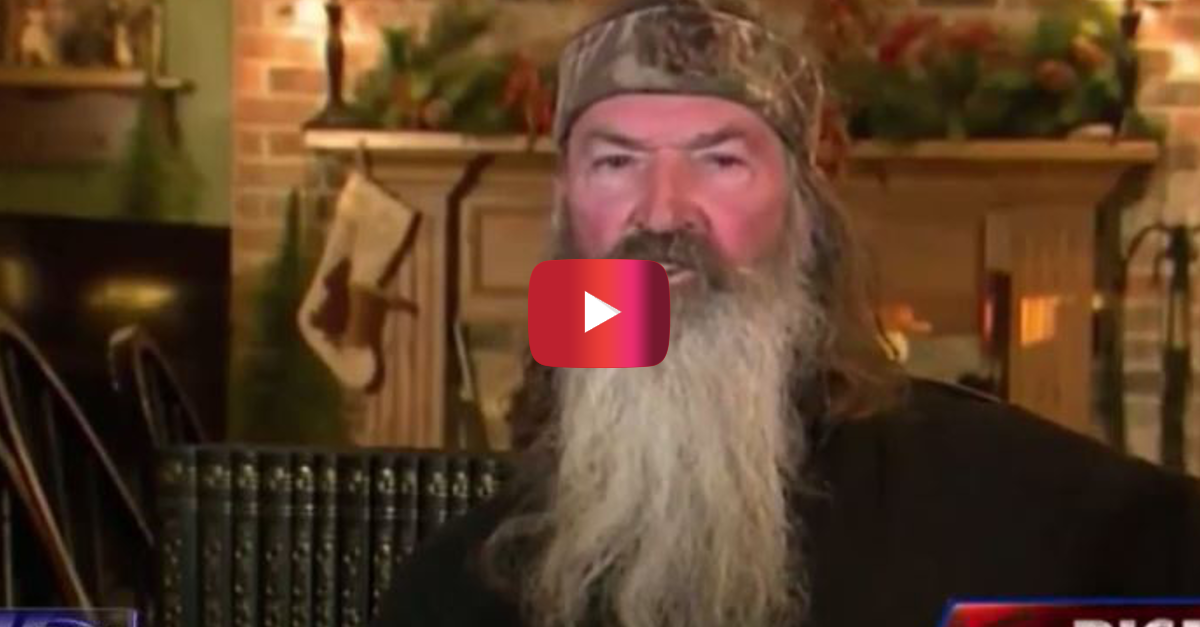 Duck Dynasty’s Phil Robertson joined Fox News’s Sean Hannity last night to discuss why he thinks the country is going to hell in a hand basket.

“America is now experiencing ‘no Jesus.’ That’s why when you have ‘no Jesus,’ your morality disappears, and the third thing to go is your freedom,” Robertson said.

Robertson pointed out that many extreme political movements like communism and fascism rejected Christianity, and that those movements failed as such. Robertson said if the country embraces Jesus Christ, it will regain a lost moral compass.

“These materialists, these hedonists, these atheists, agnostics, it just goes on, idealism, determinism. There’s always an ism or a theory that people expound on…when there is no Jesus,” he said.

“Love God, and love your neighbor, is God’s way. Islam will say, submit to Muhammad or we will kill you,” he added.