According to WTOP in Washington, D.C., a 15-year-old boy wearing a Donald Trump hat, believed to be a supporter of the president-elect, was beaten at a rally on Wednesday.

“Students from Richard Montgomery High School were marching near the Rockville courthouse on Maryland Avenue, when a 15-year-old boy wearing a Trump hat was ‘beaten down, to be honest,’” WTOP’s Nick Iannelli reported on Wednesday.

Large group of students demonstrating on the steps of the old #Rockville Courthouse #breakingnews @nbcwashington pic.twitter.com/IVv90GguP1

According to the news outlet, the student was driven away in an ambulance, though he didn’t seem to be gravely injured.

The incident reportedly occurred near the Rockville, Md., courthouse, where students from the local high school had gathered.

According to a report from a local NBC broadcast, students expressed concern for their friends of minority descent. 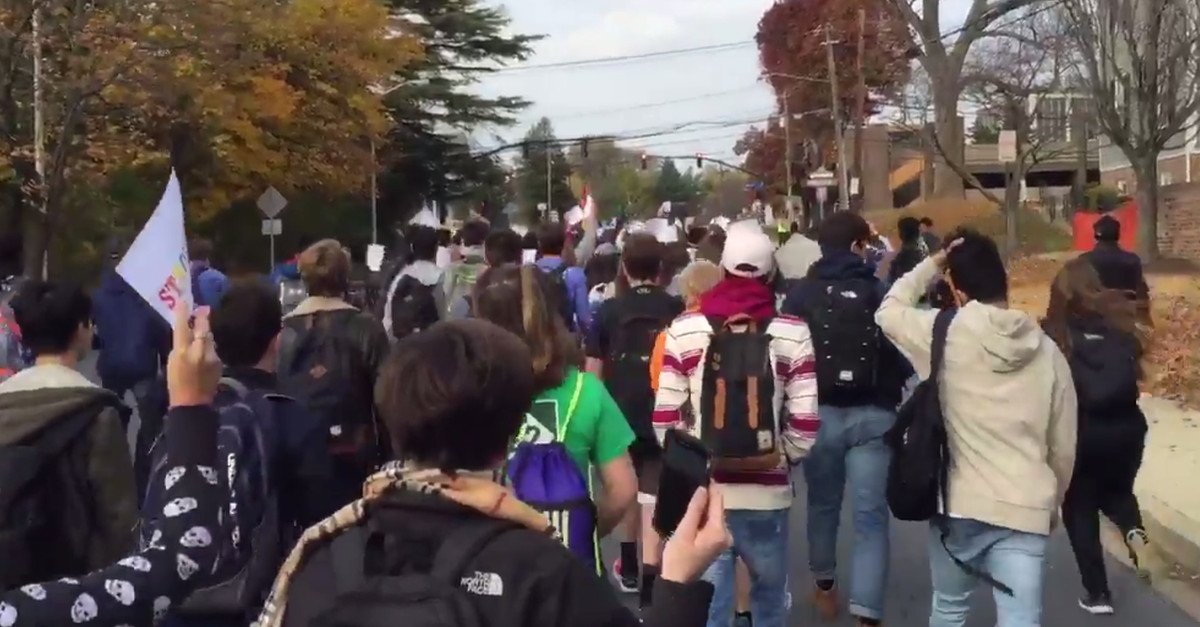