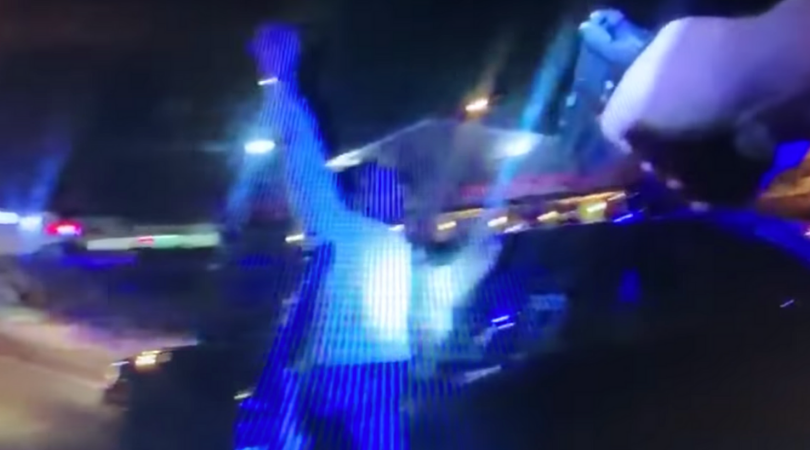 CHATTANOOGA, Tenn. (AP) ? Police say an officer in Tennessee has been suspended with pay after videos showed a suspect being punched during a traffic stop.

The body cam and dash cam footage obtained by the Chattanooga Times Free Press shows an officer cursing and striking the suspect with his fist several times in March 2018. The newspaper identified the officer as Benjamin Piazza.

Chattanooga Police Chief David Roddy says in a statement the officer was placed on leave.

Piazza says in an affidavit he stopped 37-year-old Fredrico Wolfe and ordered him out of the vehicle after seeing Wolfe throw two baggies out of the window.

The affidavit says charges against Wolfe included speeding and possession of a controlled substance.

Watch: Police Accidentally Get Everyone High After Burning 3 Tons of Marijuana